Using Plain Talk In Your Marketing 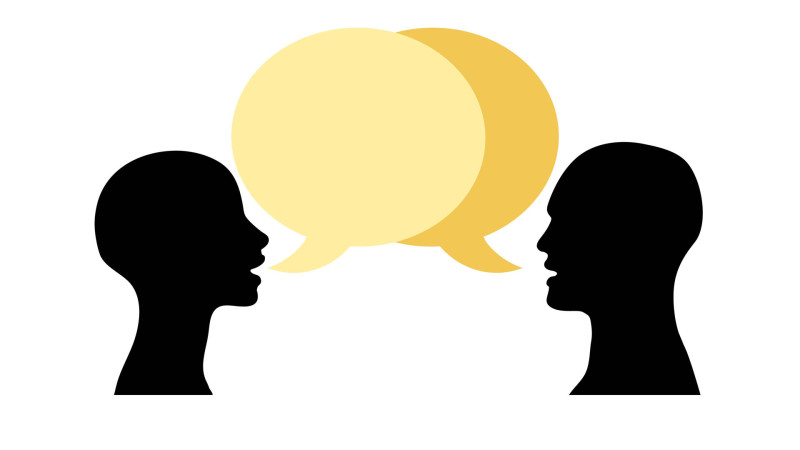 I’m going to give you the most important tip I can give you right here, right now. Ready? Here it is: Make sure your writing style is simple and conversational. Don’t write like an English professor; write the way you talk. This is the biggest trap of all for most people – they start writing and all of a sudden these big, fancy, flowery words start coming out all over the place. They use words that they wouldn’t normally use in everyday conversation in a million years. Complicated sentences and weird words make it sound like you’re intelligent, true enough. But on the other hand, they don’t sell.

Rosser Reeves, one of the great advertising minds of the mid 1900s said it best, I think, when talking about many advertising copywriters’ fondness for writing flowery prose instead of straightforward copy that sells. Reeves gives this little analogy: “Let’s say you’ve got $1,000,000 tied up in your little company and suddenly, for reasons unknown to you, your advertising isn’t working and your sales are going down. And everything depends on it. Your future depends on it, your family’s future depends on it. Other people’s family’s futures depend on it. I walk into this office and sit down in this chair to write your advertising. Now, what do you want from me? Fine writing? Do you want masterpieces? Do you want glowing things that can be framed by copywriters? Or do you want to see the #!@%$*&#@! sales curve stop going down and start moving up?” I couldn’t have said it better if I tried. Do you want the #!@%$*&#@! sales curve to stop going down and start moving up? That’s the bottom line here. And in advertising, you’ve got to divorce yourself from the idea drilled into your head in high school English class about writing. Go against everything you learned and make your writing style simple and conversational.

To give you a better idea about writing in simple terms, let me take you on what might at first seem like a strange tangent, but you’ll soon find out will be very helpful in your learning to use plain talk. I want to teach you a little bit about how to speak Chinese. That’s right, Chinese. Chinese is one of the most difficult languages in the world, right? Well, that’s right and wrong. It’s true learning to read and write all those funky little Chinese characters is very difficult. But speaking Chinese, learning how to say the words and sentences on the other hand, is actually surprisingly easy. Why am I telling you this? Because the very elements of Chinese that make it easy to learn to speak – once you understand them – will help you become a better writer of English. If you could apply the Chinese way of speaking to our own language then – without much effort – you could form the habit of simple, clear, picturesque talk and, ultimately, your simple, Chinese-like writing will help you make more money. Are you game? This will only take couple of minutes, so let’s do it.

I’m going to assume that right now all you know about Chinese is kung fu and chow mien and you’re probably not too interested in adding to your Chinese vocabulary. So we’re going to do the next best thing: we’re going to study Chinese from the outside, so to speak, and get a basic idea of how it’s put together. That will then bring us a long way closer to plain English. That may sound odd to you. Chinese, to you, is an exotic language, written in weird characters and spoken in a sort of sing-song. It’s true that the meaning of spoken Chinese words depends on musical “tones,” which does add one element of difficulty to learning how to speak Chinese. Chinese is hard to approach; it has a sort of Chinese wall around it.

But if you look a little closer, you’d find that Chinese is actually really simple. Think of other languages and what makes them difficult: conjugations, irregular verbs, subjunctives, genders, and a whole host of other nasty grammatical nightmares. I took two semesters of Spanish in high school; it was all I could do to figure out all those dang conjugations. If you’ve ever studied any language other than Chinese, then you know that it’s grammar that makes learning them hard.

That is the beauty of Chinese. It is known as a “grammarless” language. The list of the things it does not have is unbelievable: it has no inflections, no cases, no persons, no genders, no numbers, no degrees, no tenses, no voices, no moods, no infinitives, no participles, no gerunds, no irregular verbs, and no articles. There are no words of more than one syllable, every word has only one form, and all you have to learn is how to put these one syllable words in their proper order. To make it even easier for you, this proper order is the same as the usual order in English: subject, predicate. You may wonder how it is possible to talk in such a language so that other people understand you and maybe you think this must be the most primitive, uncivilized language of the world. It would be a common error: up to about a hundred years ago all language experts agreed that Chinese is the “baby talk of mankind.” They were wrong: it is the most grown up talk in the world. It is the way people speak who started to simplify their language thousands of years ago and have kept at it ever since.

Thanks to research, we know that thousands of years ago the Chinese language had case endings, verb forms, and a whole arsenal of unpleasant grammar. It was a cumbersome, irregular, complicated mess like most other languages – including English. But the Chinese people, generation after generation, changed it into a streamlined, smooth-running machine for expressing ideas. It’s just like that camera commercial: it’s so advanced, it’s simple. This isn’t just a figure of speech; the main principle of modern Chinese is exactly the same as that of modern machinery. It consists of standardized, prefabricated, functionally designed parts.

In other words, Chinese is an assembly line language. All the words are stripped to their essential meaning and purpose and put together in a fixed order. Word order is as all-important as the order of operations on the assembly line: if you line it up in any other way it doesn’t work. If you wanted to say, “I am going to go home” in Chinese, you’d say “WO HWEI JYA” which literally means “I go home.” That’s it. You wouldn’t even have to say “I” because it would be understood. You could just say, “HWEI JYA” or “Go home.” And everyone would know exactly what you meant. There are no filler words. If you wanted to say, “I will be going home,” you’d still just say, “WO HWEI JYA” which, again, is literally “I go home.” If you wanted to say, “She has six books,” you’d say, “TA YOU LEO GE SHU” which literally translated means “She have six book.” What’s more, the she doesn’t even mean she. In Chinese, it could mean he or she or it. There’s only one word for all three of them. The meaning is determined by the context.

I know it’s a lot to learn in a short amount of time, but what they’ve done in Chinese is strip all the words to their bare meaning and put them together in a simple, predetermined order. They’ve lost most of the filler words that don’t really mean anything.

So let’s see what we can learn from what you now know. You need to take the “It’s so advanced, it’s simple” Chinese philosophy and integrate it into your advertising writing. Why? Because when you’re talking to your prospects, you can’t bog them down with all the flowery jibber jabber that just takes up time, makes them use extra brain power, and doesn’t add any additional meaning to what you’re saying. You’ve got to strip your words down and use plain talk to clearly, concisely, and quickly communicate your point. Remember, the second step to powerful advertising communication is saying it well. Use plain talk and you’ll be well on your way to doing just that.