To Tell The Truth

Can Exposing Your Warts Really Help You Improve Your Marketing Results? Not Always 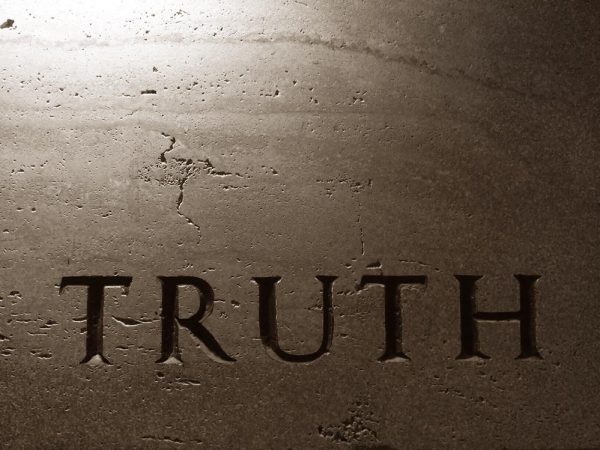 Imagine you run a small grocery store and have over 1,000 apples in stock that for reasons beyond your control, have gone bad—they’re rotten. You can’t afford to throw them out and take a complete loss, but the likelihood of selling them—at any price—appears to be somewhere between slim and none. What would you do?

That’s exactly the position legendary advertising man John Powers found himself in over 100 years ago. Fortunately, Powers specialized in the art of “telling the truth” in advertising. When asked to advertise mackintoshes (a name for an apple back in those days, not a computer or a phone!)  which could not be disposed of, Powers had this conversation with the owner:

“What is the matter with them? Powers asked. The buyer replied: “Between you and me they are rotten. That is nothing, of course, to say in the advertising, but it is true.”

The buyer rushed up to Powers, ready for a fight. “What do you mean by advertising that our mackintoshes are rotten?” he cried. “How can we ever hope to sell them?” “That is just what you told me,” said Powers. “I am simply telling people the truth.” Before the buyer had a chance to calm down every mackintosh was sold.

This is coming from the same advertising man that also wrote these gems (remember, these were all written prior to 1920):

This announcement will bring our creditors down our necks. But if you come and buy tomorrow we shall have the money to meet them. If no, we go to the wall. These are the prices we are quoting to meet this situation.”

Let me use that backdrop to discuss today’s topic: TRUTH IN ADVERTISING.

This article is a little bit counter-intuitive for me to write, especially given the fact that I’m the same guy who beats such a loud drum for innovation—that is, making sure your business is interesting and relevant enough so that you have something worthwhile to talk about in your advertising.

But don’t get thrown off by the introductory story of the rotten mackintoshes, though. This isn’t just about just admitting that you suck when you do indeed suck. It’s also about using honesty to show prospects that you’re human and allowing you to showcase your strengths. You might be surprised how powerful this principle can be.

We had a client in the sunroom business that, for the life of them, couldn’t figure out how to sell anything during the holidays. November and December had historically been just plain awful for them. When I asked them exactly how awful, they pulled the previous year’s sales records and said they had sold 4 units in November, and just 4 in December, compared to an average of 15 units the rest of the year. Then I told them to admit that fact and use it as a believable rationale as to why they would be willing to give a better deal this year. Take a look at this ad to get a feel for how this was executed:

During the month of November, 2005, this company sold 22 sunrooms, and then the remaining 3 (at the discount, per their promise in the ad) in December. They ran the same ad with a few minor tweaks the following year, and again the year after that. It just kept producing, until the company was bought out by the manufacturer (who was supplying their sunrooms) and they quit running the ad.  So sad.

Note: When they tried to run this same ad the following July with the modified “Why July Might Be The Best Time To Buy A Sunroom” headline, it promptly bombed. Lesson: It pays to tell the truth when you’re trying to be honest.

That ad worked so well I decided to explore some additional truth telling campaigns with the same company. I remembered the owner telling me that whenever they told a particular story in face-to-face sales meetings, it always helped them close sales. The story was about a time when they really messed up, and what they did to subsequently fix the problem.

And no, this doesn’t mean that every ad you ever write should be heavy copy. Just like you shouldn’t expose all your warts in every ad you ever write. But when you do “tell the truth,” you usually have to take a bit of time to tell the story. After all, “Ugly Neckties,” “Rotten Apples,” and “We Suck At Selling Sunrooms” don’t make very attractive selling points, all by themselves.

We Admit It, We Messed Up. Again.

Let’s shift gears and talk about situations where you messed something up. The only thing we as humans hate more than messing up is admitting that we messed up. And even worse—admitting it in front of thousands (or more) of people.

But before you sweep all your ‘boo-boos’, ‘faux pas’, and ‘uh-ohs’ under the rug, consider how endearing your admission can make you to your prospects. We’ve seen it too many times in sports and popular culture where those who have transgressed have come out smelling rosy after a tearful confession. That’s not exactly what I have in mind here, although the principles are pretty much the same.

Recently we sent out an important email for a client to about 1,700 prospects. The email, despite being proofread by about 900 people (okay, 2 people!) contained a minor but significant typo. Minor meaning it was only one letter off; significant meaning it drastically changed the meaning of the sentence. When the typo email started hitting inboxes, they heard about it immediately from a small handful of recipients.?? The client was ticked off–and rightfully so.

Always a calm head, I suggested that we send a short follow up email acknowledging the mistake and apologizing. I explained to the client that admitting fault and showing a little human frailty can actually endear customers to you. In fact, some companies I know have intentionally messed stuff up so they can apologize and reap the benefits (not that I recommend it…but it is possible; Internet printing giant VistaPrint.com is famous for this tactic… or infamous I should say; they started looking really stupid on about the fourth time they pulled it.)

The Whole Truth And Nothing But The Truth

Finally, let’s talk about telling the WHOLE truth. After all, some of the worst lies of all time were HALF truths—like the one the serpent told Eve to get her to eat the forbidden fruit.

Consider this example: I saw a website recently for a new product called the ElliptiGO; it’s essentially an elliptical machine welded onto a bike. You’ll just have to go to their website to look at it to see what I mean. But when you go to their website, take a look at some really good marketing as well.

As they compare their device to traditional cycling, running, and a stationary elliptical machine, they don’t just give the expected “we’re better and everything else sucks” marketing message. They give an honest evaluation of their products strengths and weaknesses relative to the other exercise methods.

Elliptical Biking vs. Cycling for Fitness

Wow, imagine that! There are actually some disadvantages to their machine. Hard to believe somebody would actually admit that. But again, it’s very disarming. It makes you believable and real.

Here’s the principle: People want to do business with people they like and trust. Real people. Just like themselves. Don’t be afraid to admit when you mess up. Don’t hesitate to show some of your weaknesses. Don’t worry that people will think you suck just because you admit fault. Consider this permission to SUCK!