The Marketer’s Most Important Tool – The Calculator 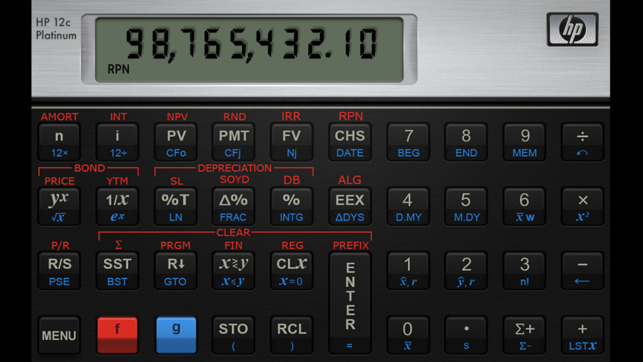 Three-thirds of everything worthwhile I learned about business I learned from my dad. As a longtime real estate guy, he taught me at a young age the value of knowing your numbers. He dropped me off for my freshman year at S.F. State and gave me (or should I say, ‘bestowed’ upon me) the handheld calculator I still use 22 years later—an HP-12C financial. I don’t mean the same kind I still use – I mean the exact same machine I still use, with my name and SSN scratched on the back. If you know anything about financial calculators, you know they calculate everything “backwards” and confuse the heck out of uninitiated users. Always good for a laugh.

Regardless of the kind of calculating device you’re most comfortable with, hear me loud and clear—your calculator is your most important marketing tool. Understanding your numbers can make or break your marketing budget. And when it comes to “Wall Drugging” your prospects, the calculator is extra important. Let me give you an example.

An HVAC company in the northeast wanted to target homeowners whose heat pumps were likely to fail within the next few years with a postcard campaign. They had created a series of a half dozen or so postcards that would be sent out every six weeks to a targeted list of 1,000 homeowners whose units were between 10 and 12 years old. The idea was to have them replace their units now before they failed—which would most likely happen in the dead of the winter—and cause them to endure 2 or 3 days in a freezing house while the (seasonally) busy HVAC companies would hopefully squeeze them into the overcrowded service rotation.

As we discussed his strategy and some of the hot buttons for the headlines, I became concerned that this campaign was just going to be a miserable failure. I explained in no uncertain terms that a campaign geared toward getting people to spend a lot of money—$8,000 on average—for a problem they might have in the future was a major uphill battle. The business owner’s rationale of “the longer they wait the bigger the risk of failure is” was refuted by my “the longer their heat pump works the more convinced they become that it will never break.”

That’s chickenfeed compared to the anticipated gross profit, so I’m going to go ahead and bump it to two postcards a week—100 per year per prospect. That’s going to cost me $180,000—not including all the customers who we’d take out of the prospecting database once they actually become customers and we quit sending them stuff. And we’ve still got $130,000 to spend.

Next I’d hire a college-aged kid to go knock on each of the 1,000 doors every month. If the door knocker knocked 5 days a week, he’d have to knock just 50 doors a day—an easy feat assuming all the homes are in a reasonably close proximity. After a few months, my door knocker would instantly be recognized as the guy from the company that sends all the postcards that keeps coming by and knocking on the door. If I paid that door knocker $3,000 a month, that would take $108,000 of my three-year budget—leaving me with a paltry $72,000 to play with.

So let’s think of something fun to do with the remaining seventy grand. How about creating something for my door knocker to hand to people when he knocks their doors? Like fridge magnets. Or calendars. Or an ice cream scooper.

Something, for crying out loud.

Notice that we haven’t even discussed what messages to put on all those marketing touches. With this kind of frequency, it almost doesn’t even matter what I put on there as long as it’s something sort of like “Hey we can replace your freaking heat pump when it goes out?” Seriously—this is a lot more about what the calculator says than the marketing messaging says.

So now let’s look at all this from the perspective of the prospective customer. I really want you to put yourself in his/her shoes for a minute and think about this. Image getting two postcards a week from an HVAC company warning you that your heat pump was almost certain to fail in 3 years or less. How many weeks would it take you before you started to notice the postcards? I mean really notice that “hey, these guys are sending me a ton of mail!”? Probably about 4 or 5 weeks.

Think forward 18 months. Now you’ve received two pieces of mail from the HVAC company every week for a year and a half, and the college kid has knocked on your door almost 20 times. Is there any chance at all that you’re not aware of who this company is? Is there any chance that you don’t know why they are pestering you, and what you need to do next? Of course not!

Don’t brush this aside and say, “But my company is different. We don’t sell heat pumps, and we don’t know exactly who our customers will be.” Instead, take a look at your numbers—how much can you spend for each new sale that you get? How could you best spend that money? Use your calculator to find answers to these questions. You just might find a formula for success that you hadn’t expected. Compliments of HP.