Who’s Fault Is It When Your Marketing Doesn’t Work?? 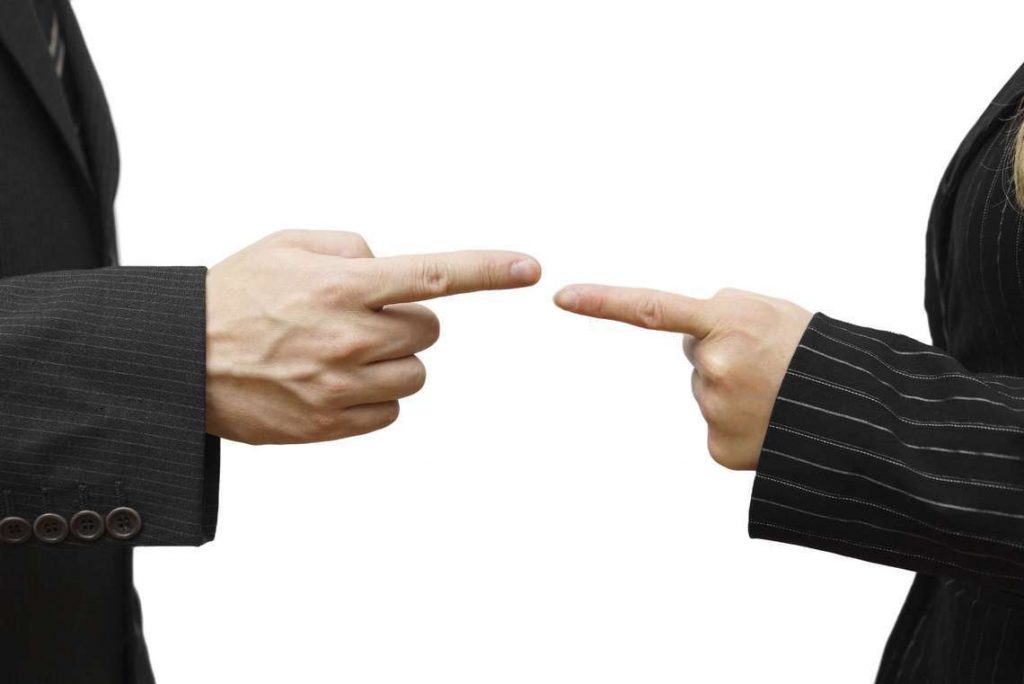 (New Marketing Idea) Is Too Hard To Execute (or Won’t Work):

Immutable law in life: everyone, including you, will always try to take the path of least resistance. Okay, maybe not EVERY single time, but darn near it. And that’s a shame in marketing because a lot of the things that will probably work the best for you are a little bit off the beaten path. Which is good because that means your competitors probably won’t be trying these things.

One of my former clients sold sunrooms, and his most successful marketing activity was holding “sunroom tours” where he’d gather 100 prospects, divide them into groups of 4 or 5, and then have employees guide them on a tour of several of his customers’ homes for snacks, drinks, and a chance to see his handy work. The tours took a tremendous amount of preparation—cleaning the sunrooms, arranging the food & beverages, organizing a starting place, using marketing to find the 100 people, etc. But it always worked to bring in 25 to 40 appointments and a high closing ratio. Guess how many other sunroom companies I worked with (and there were a lot) were willing to put that kind of effort into a tour? Yea, zero. It’s too hard, and it won’t work they told me.

Then there’s Derrek Holland, owner of The Closet Doctor in Sacramento. He’s done a lot of the “easy” stuff for the last few years—money mailers, val packs, etc. and was looking for ideas of how to expand his lead base. I’ll give it to Derrek…he’s a hustler with a can-do attitude. In just the last two months he’s executed on, or is in the process of executing the following HARD (but effective! things): A video of his entire process start to finish, a joint venture with his local dry cleaner, a mailing program to an area called Sun City, a plan to take before and after photos of every job (and post on his website), and a door knocking program to compliment his new move in mailing program. This is all very aggressive, and I’m sure that some of it isn’t going to be a home run. But you know what? Half the time just getting the HECK OUT THERE and doing stuff is 98% of the battle. No doubt in my mind that Derrek’s well on the road to success.

You’re Not Spending Enough Money To Buy Your Leads

We worked with a company that sold a business service to companies that helped improve their cash flow by lending them money against their receivables. Sort of like factoring, but WAY more cost effective. When we showed up on the scene, they were using telemarketing to generate leads, and were frustrated with their inability to get enough leads to keep their salespeople busy. Upon closer inspection, it turned out that they were having their sales people COLD CALL to generate their own leads—and therefore were spending about 85% of their time prospecting and only 15% following up and closing.

Simple solution—get out the checkbook. We started running national radio campaigns and hired an outside telemarketing company to do the grunt work for them. Within a couple of weeks they had enough lead flow to keep all the sales people busy…which allowed them to discover that about HALF of their sales people were lousy anyway! But what started as a “we don’t have enough leads’ problem actually turned out to be a “you’re not spending enough money to get enough leads problem.”

The most important tool in your marketing toolkit is your calculator—bar none. Have you sat down and figured out how much it’s going to cost to generate the leads you need to convert to the number of sales you need to hit your goals? Sometimes the solution is as easy as getting out the checkbook and getting to work.

I’ll tell you one reason I’m loving this whole “Social Media” revolution that’s happening right now. Because its highlighting the fact that to truly connect with prospects and customers, you’ve got to have REAL, WORTHWHILE content that’s important and relevant to your target. If you don’t believe me, try sending out 5 tweets in a row telling people about your next sale and see how many people quit following you. Up until now, 90% of companies have assumed that their website existed to “tell people about the crap we sell,” when in reality, the entire time, the website has existed to help prospects become convinced that they can trust you, that you understand their needs, and that you’re interested in a lot more than just getting your grubby little hands on their cash.

The symptoms of this miscalculation in thinking is a generation of sucky websites that simply list stuff that you have and/or do. With the expectation that after people read said have/do lists they will give you their money. Very transactional. Not very relational.

Want a good example of a good website? Read more of our website. See how many hard pushes you get to buy something. See how much information is available that’s important and relevant to your situation—that’s given to you for free, with no expectation of reciprocity. See if you get the feeling that there’s somebody behind this company that happens to give a rat’s ass about you personally and your situation and happens to have a deep and abiding passion for the subject matter (in this case, marketing). Add all that up and you get a really good website. Who cares what it looks like. Read the content.

Okay, I hear you loud and clear—your company is different. So then do this: Re-read that last paragraph, think about your company and your website, and see if your PASSION comes through. Cause if it doesn’t, you’re dead meat. Sorry.

My Website Isn’t Generating Any Business For Me (part 2)

The Truth: Nobody Even Knows The Dumb Thing Exists

Okay so your website has passion and relevance and makes John Smith believe that he can trust you with his family, his money, and his secrets. Wonderful. Is anyone looking at this great website? If not, what a shame.

If you aren’t implementing an SEO campaign, now is the time to repent. Let the world beat a path to your door (ahem, website) with Google leading the charge. You should be writing articles or blog entries at least once or twice a week (see previous section about good content)—Google eats blogs and articles like I eat Good N’ Plenty—like it’s going out of style. If you need some work on your SEO, don’t hesitate to give us a call. And if that sounded like a sales pitch, it’s only because I love you. Really. Repent!
What You Think Went Wrong:

You Only Sent The Freaking Mailer Out Once!

I knew a guy once who was selling a very niche computer repair service to Fortune 500 companies. He was an unknown player competing against Goliath vendors like IBM who were wrought with inefficiencies. His company was innovative and extremely capable—and could save his clients literally hundreds of thousands of dollars a year, maybe more. He had broken into his niche by knowing somebody at a major corporation who gave him a shot. He performed so well that he became the “IT vendor of the year” for that company, and managed to snag several other major accounts by way of referral.

Then he decided to get proactive and do some marketing to get some new clients. Because of the nature of the situation, we decided the best strategy would be to “wear ‘em down” with a drip marketing campaign that would consist of 6” x 11” postcards to be sent to a hand-picked list of 1,500 C-level executives at targeted companies. The first batch of mailers went out, then the second and the third. No calls. Then the fourth, fifth, and sixth mailers went out—no calls. Somewhere in the middle of that progression, the owner lost his nerve and decided to quit. 9,000 postcards and ZERO calls was unacceptable to him—the program simply wasn’t working.

Given the fact that the average account was worth about $1 million a year (literally), there are few things you have to realize: 1) Big companies (and littler ones for that matter) don’t switch to an unknown vendor just because they received a few postcards, and 2) Big companies (and littler ones, for that matter), rarely switch vendors FOR ANYTHING unless the current relationship is SO BAD that they just can’t stand it any more. So to arrogantly think that your unbelievable inside reality (having something good to say) and your masterful set of postcards (saying it well) are going to break down a gianormous wall after a couple months is preposterous. Think how silly that is. It’s like thinking that your little .22 caliber rifle is going to feel like anything more than a gnat on King Kong’s butt.

Here’s the truth: “Saying it often” is an extremely important part of winning in marketing, especially if you’re an unknown company, if you’re selling to huge customers, and if you want to succeed long term. The remedy is to figure out your ROI and spend money accordingly. Let’s say his 1,500 mailers are going to 500 different companies (multiple contacts per company), and the average contract is worth $500,000 in GROSS profits per year. If the mailers were to cost $750 per send, it would cost about $60,000 a year to send one postcard per WEEK. Assuming the postcards were good, they would defiantly be effective after a while—but only IF the cards actually kept going out. Don’t be so quick to quit—hang in there a bit!