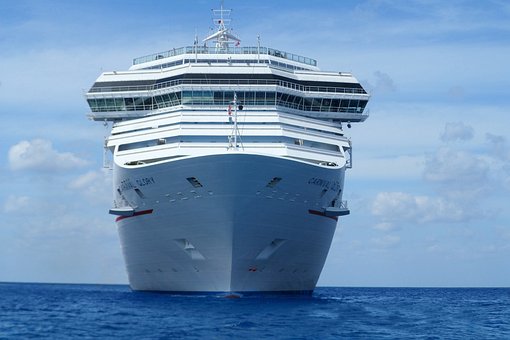 Let’s say you and your spouse are watching TV. A commercial for a Disney cruise comes on.

You have three kids, and they’re at that perfect “Disney” age.

You start talking about how you’ve wanted to take your kids on a BIG vacation. You’ve even been saving some cash for it.

So the following day, as you’re driving to your travel agent (yes, you still have a travel agent in 2017—just go with it), you discuss the plan with your spouse and try to determine your budget.

Here’s what you talk about:

1. You are unsure how much Disney cruises cost, but you assume they’re expensive. (Everything Disney is expensive.)

2. You have friends that have been on a Disney cruise before, and they swore on a stack of Bibles it was the greatest experience ever. But the cost never came up in discussion.

3. You have other friends who went on a Carnival cruise and loved it. Your friend is the kind who “finds deals” and said their all-inclusive cruise was only $380 per person for seven days. That’s $1,900 for five people.

4. Since you know Disney will cost more (Mickey Mouse doesn’t entertain kids for free), and you know your friend is a bargain hound, you’re assuming that the Disney Cruise will probably be about DOUBLE the cost of your friend’s cruise—maybe as much as $4,000.

Bing, bang, boom—you’re ready to speak with your travel agent.

The travel agent, of course, is thrilled to see you. She gets the dates and info from you and inputs it into her computer.

You: (Gulp) What’s a stateroom with a verandah?

Travel Agent: Stateroom just means room; verandah means it has a little balcony you can sit on to view the ocean. Here is a picture. (She shows you the computer monitor).

You: That’s nice, but it might be out of our budget. (A single bead of sweat rolls down your forehead.)

You: Uh, okay. Are there any, you know, less expensive staterooms? Maybe without a verandah?

Travel Agent: The cruise ship has interior rooms with no view or balcony. They are usually around $7,000 to $8,000. But they’re sold out for all of this month.

Travel Agent: If you could go later in the year, like in October, then these cheaper rooms would be available. Or you could go on a different cruise line—we have a Carnival Cruise in July for only $4,700. Disney does have a four-day cruise that is less money, but that is sold out, too.

You: Uh… uh… (exchanging nervous looks with your spouse)… okay. We need to think about it.

Travel Agent: Well, I’ll tell you what. I have been authorized to give you a 10% discount on any of these cruises if you decide and buy right now. Because, you know, if you do that, then I don’t have to waste time calling you back later. So which cruise do you want?

You: I… don’t know. I’d really like some time to think about it.

Travel Agent:  We can finance it. Just put down $1,000, and we can do 0% financing for up to 18 months. Then you can afford the Disney Cruise you want. Which date would you like to book?

You: Heh, yea. Okay. I think we want to think about this. We’ll get back to you. (You run away and never look back.)

Let me ask you… whose fault is it that you didn’t buy?

Maybe the travel agent didn’t “sell” well enough. Maybe she didn’t ask for the sale in a firm enough fashion.

I’m sure if the travel agent’s sales manager asked, they would blame YOU for being “cheap” and “indecisive.” You couldn’t come to a decision, even when given multiple options in your price range and financing was offered.

This role play scenario is a microcosm of the ordeal many (probably MOST) companies force their customers to go through in every meeting.

You ask them to pay much more money than they thought they would.

You use words and jargon that are foreign to them.

You throw a ton of choices at them that they don’t know how to sort through.

You try to make them decide something right away, when they really need is to step back, breath, and process.

I’ve got some advice…

Take a second to view the situation from your prospect’s standpoint:

Know That They Don’t Know: Remember that your prospects know very little about what you sell—including pricing and options. Everyone knows a Chevy Malibu is probably $20,000 or $25,000. Almost no one has any idea how much what you sell costs.

Facilitate Their Knowledge: Don’t make prospects wait for the meeting to find all this out—it’s overwhelming and unfair to them. On your website, provide information so they know you’re different (and better!) that your competitors. Give case studies, with as much detail as possible. Provide them with pre-positioning materials before your meeting, so they have a better idea of what to expect (more on that in a second).

Take Responsibility: Don’t become frustrated when prospects don’t know something. Consider it your responsibility if they walk into a appointment unprepared.

Give Them A Break: If they really do need more time, give them more time. This isn’t ideal, but neither is pressuring them. If you do your job on the front end, you won’t find yourself in this situation.

Ultimately, this all boils down to respect. If you respect your prospects as humans, you won’t force them into uncomfortable situations.

One of the best ways to educate prospects and lower their sales resistance is with Pre Positioning materials. These include items such as brochures, and pre-appointment emails.

The idea is to get prospects familiar with your business BEFORE you talk to them. By doing so, you make them more prepared and at ease for your meeting. This increases your closing rates and helps you increase your average sales amount.