How to Keep “Sticker Shock” From Killing Your Sales 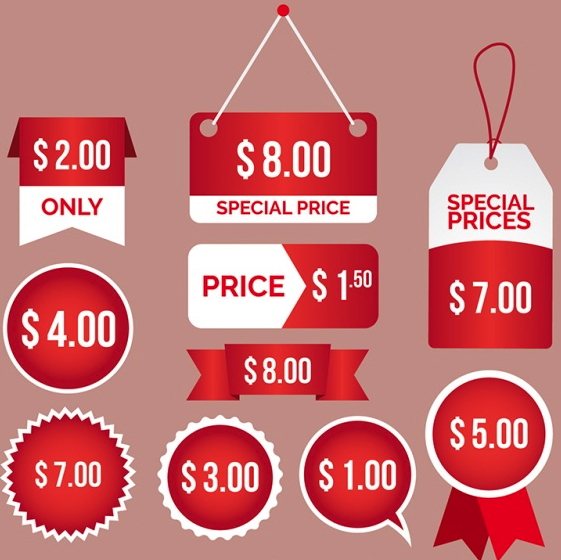 Pop Quiz: What is the number one reason deals don’t close during the initial sales call?

Believe it or not, it’s not all the usual answers you are probably thinking, and your salespeople would like for you to believe. Answers like “no money” and “needs more information” and “bad timing” and “didn’t like the salesman” are all good answers, they are not EVEN CLOSE to the number one answer. Really.

The main reason people don’t buy during the first meeting (which drastically drops their likelihood of ever buying at all) is: You are asking them for a lot more money than they were expecting you to ask for. This is not the same thing as “can’t afford it”; it’s simply a matter of out-of-whack expectations. Learn how to fix this problem and watch your closing ratios soar.

Tip 1: Lay Of The Land: Since you may sell something that’s fairly expensive and that people don’t buy very often, they probably don’t have a frame of reference for how much they should expect to pay. Here’s a good bet: If John Smith doesn’t know how much something should cost, he’ll probably UNDERESTIMATE how much it is in his mind. Then when you show up to sell him, you’ve got to cover a lot of territory to close that gap. This leads to maddeningly long sales cycles, multiple-call closes (instead of 1- or 2-call closes), longer-than-necessary sales calls, and phantom objections (because they’re chicken to admit holy cow, THAT’S more than they were expecting!).

Understand, there is a HUGE difference in “can’t afford it” and “costs more than I thought.” The latter is frequently mistaken for the former—and in most cases, it’s totally avoidable.

Tip 2: Pre-Positioning Package: The best strategy to avoid this frustration is to start building a case for the value of your product before you ever sit down with the prospect. How? Send him a pre-positioning package (PPP) that is delivered quickly and professionally produced. Printed reports work best, but nice-looking PDF documents will work in a pinch. In it, you can lay out all the key points you’d make at the sales appointment to win him over to your price. But here’s the extra bonus: Because it is in writing versus spewing from a salesperson’s mouth, it has more credibility, believability, AND authority. You argument gains authority when it is printed.

Tip 3: Confirmation Calls: Sending the PPP isn’t enough. When you call to confirm the sales appointment you want to make sure the prospect has read it. Let him know what information he will find in it. Direct him to specific page numbers that are the most relevant. Explain why it’s important for him to read it before the salesperson gets to the call or gets on the phone. Don’t say, “You need to read this because you have the wrong idea about the price and I don’t want to battle you on it.” That’s dumb. Instead, present yourself as his advocate, and inform him that the “Information Kit” will educate him on the best questions to ask his salesperson. Or any salesperson in the industry for that matter.

Tip 4: Put It in Black & White: People believe what they see, not what they hear. Don’t forget about the PPP during the sales presentation. The written word will give you power in a face-to-face setting. Salespeople have been known to “fudge” the truth; you can’t fudge what’s in writing. If the prospect hasn’t read it yet (face it: some people won’t read), you can walk him through it. If he has, you can color his interpretation in your favor. When you get to pricing, he’ll understand that a cheaper (fill in the blank with your product or service) would be an inferior and undesirable product or service.

Tip 5: Enable Price Shopping: If you can’t close the deal at the appointment, by all means let John Smith shop the competition with your marketing tool, the pre-positioning package, as his guide. Yes, it’s counterintuitive, but hey, he already knows that you may cost more than the competitors. Your job now is to load him with the information he needs to see and realize that your competitor’s low prices also mean low quality, low service, low reliability, and so forth. If you have innovated your company and have something to be proud of, you should never be afraid for an educated prospect to shop around. Ultimately, they’ll come back.