No One Cares About Your Stinking Award 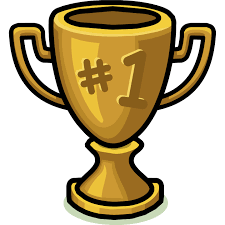 You know those parents who won’t shut up about how great their kids are because they think you’re as interested as they are?

“Little Johnny rolled over for the first time.”

“Suzy got a ‘B’ on her English midterm.”

They’re proud of their kids, and they should be.

But outside of their family and maybe some friends, most people don’t care that little Johnny rolled onto his stomach.

That might sound harsh, but you know what they say about the truth.
(Answer: It hurts.)

This apathy applies to your prospects and industry awards you’ve received.

Outside your small circle—employees, immediate family, etc.—no one cares about the awards you’ve won.

Sure, it’s great you won.

But your prospects tune that stuff out.

It may seem interesting to YOU… but no one else gives a crap.

I once had a client who won an industry award for the second straight year.

Naturally, the client wanted to advertise such a big achievement in hopes of winning more business.

When the client asked for my feedback on the ad, I said, “I’m glad you won the award for the second time. But I hate to tell you—nobody cares.”

As in, “random stranger in line at Target telling you her kid got his first tooth last night” boring.

Think about it. This is an advertisement that’s supposed to look like an article. Articles are supposed to provide the audience with interesting content that hooks them on every word.
This advertorial does not do that. It sounds like it was written by and for the employees of the client’s company.

So I threw down a gauntlet for the client: Reposition the ad.

Instead of telling people he won the award, provide an interesting story that helps them understand why he won it.

I asked the client for a specific example of demonstrating the requirements the award requires. He thought for a minute and then told me a story of how he does business and why this helped him win the award.

I told the client all he had to do was tell the story in the ad. I helped him write it, and voila…

The client ran the revised ad.

They spent the same amount of money on “traditional” ad placements and barely received a phone call.

Prospects who called after reading the advertorial said they felt they could trust the client more than other companies.

The lead quality was significantly better, too—they were able to close the leads at a rate of 50% to 60%, double their usual closing ratio of about 30%.

Getting people to pay attention and engaged in your message is 90% of the battle. When you accomplish that, great things happen.

So the next time you sit down to write an ad, think about what your prospect would find interesting. Don’t just tell them you won an award; give them a concrete example of why you won it—one that’s fascinating and relevant to THEM.