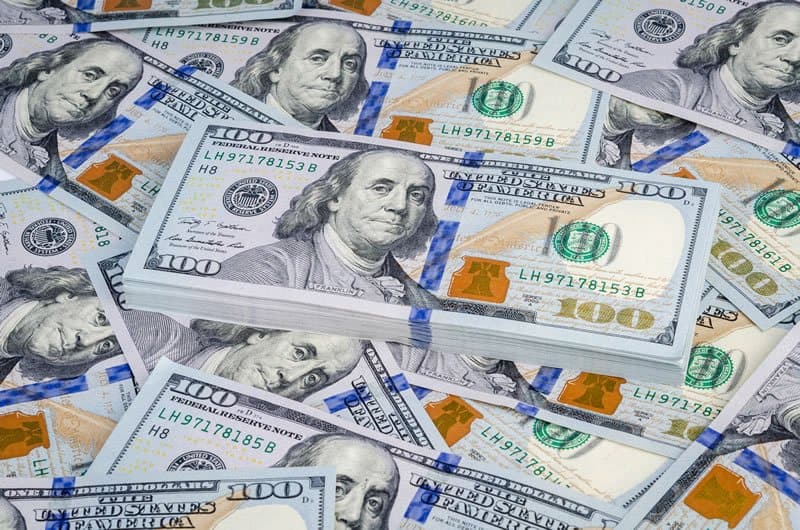 By now everyone’s seen the incredibly stupid Snuggie; aka the blanket with sleeves. But did you know that using a pop-culture phenomenon as a part of your marketing program could make you millions of dollars? At least it can if you use a little imagination, like my friend David did.

The idea of the Knock Down List works best for B2B companies, and is really pretty simple: identify a relatively small set of prospects that you’d really like to convert to customers, and start sending them stuff all the time. The more interesting the stuff, the better.

I first worked with David over 10 years ago and helped him implement this strategy into his company. Since then he’s taken the wheel and gotten pretty good at sending interesting stuff. He started off with normal stuff like pens, slinkies, and stress balls…and then he got creative and started sending prospects an entire box full of pencils, or the world’s largest Hershey’s bar—just to make sure he got noticed.

Then he upped the ante and started sending fun things like shocking cigarette lighters, remote controlled flatulence machines, and fake lottery tickets. He believes that if he can give somebody something that would help them be the center of attention, he’d get the indirect credit for making the recipient Mr. Popular. There are too many famous stories to recount here—like the customer in Mexico who thought he’d won $50,000 on a scratch-off card, and drove almost 1,000 miles to Lottery headquarters in Austin, TX only to discover the ticket was fake. Or the CEO who screamed like a girl in front of 10 board members when he found out the cigarette lighter David had brought him was designed to shock the snot out of him. According to David, the emotions of love and hate are actually very close together. His sales volume would suggest he’s right.

One night David was watching TV and saw the now-ubiquitous Snuggie commercial on TV. A blanket with arms, a backward bathrobe. So stupid, so weird, so absurd, so ridiculous—right in David’s wheelhouse. He called the number and asked if there was a discount for buying a THOUSAND of them. A few transfers later and he ended up talking to Captain Snuggie himself, who agreed to sell a thousand Snuggies for six bucks each.

David owns a box company, so creating a custom, branded box to send the Snuggies out in wasn’t a problem. He then had his sales people drop off the boxes to about 400 companies in the area that they wanted to get as customers. Here’s an approximation of what happened when Joe Purchasing Agent got the gift:
Joe opened the box and saw the Snuggie and thought “this has got to be the stupidest thing anyone has ever given me.” A few minutes later, Nancy Nosey from the next cubicle over wandered by, saw the Snuggie, and made a comment. Joe, decidedly unimpressed with his gift, asked Nancy if she wanted it, to which she eagerly affirmed she did. In possession of her newfound treasure, she excitedly IM’ed co-worker Jana Jealous… and Jana, naturally, immediately asked Joe why she gave it to Nancy instead of her. Minutes later, the Snuggie was out of the box being tried on by various Dilberts from around the office. A few days later, Joe is watching TV with his wife, and comments on the Snuggie commercial when they see it, and recounts the story of office excitement to his wife. She immediately scolds him for giving it away instead of bringing it home for her to use, and Joe wonders what the big deal is.

That’s a true story, by the way, acted out in various versions in 400 offices across the area in the days and weeks following the Snuggie deliveries. Which makes the next part of their strategy THAT much more impressive and effective.??David had his salespeople call all the recipients on the phone with this specific script: “Hey Joe, my name’s Jordan—I’m the one who dropped off the Snuggie over there last week. I was just calling to let you know that I’ll be in the area on Thursday, and I have some extra Snuggies—how many would you like for me to drop off for you?”

No request for an appointment. No attempt to sell a box. Just a simple question of how many Snuggies they could bring by. The average answer was FIVE—with many of the recipients requesting as many as TEN additional Snuggies.

The Snuggies cost $6,000 total, and the boxes to deliver them in cost a little bit extra. Not a bad investment, it turns out—since the companies they gave them to placed orders in excess of $2 million over the next 2 ½ months. Remember, these were all new customers that they had been trying to get… not orders from existing customers.

So let’s identify the principles:

• The Snuggie: A pop-culture sensation. Definitely has an “expiration date,” but when used at the appropriate time, had tremendous interrupt value.

• The follow up: non-intrusive, non-threatening. Capitalizing on the series of events they knew had occurred since the initial delivery.

Anyone who reads this and attempts to buy a truckload of Snuggies has missed the point by a country mile. This isn’t about Snuggies; it’s about being imaginative and finding something to send that’s fun, timely, and interesting. It’s about winning at marketing by having a brain that constantly engaged—looking for the next thing that will make a difference, that will get noticed, and that will break through the sea of clutter.
It’s your move. What’s YOUR idea?