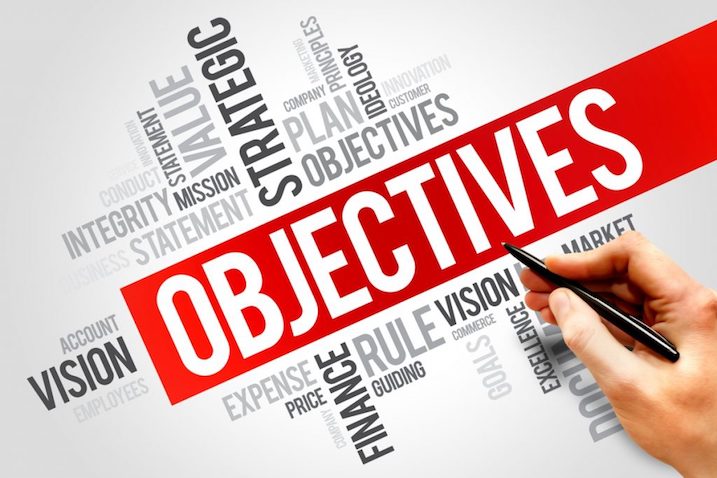 Before You Begin Advertising, there’s something you must establish upfront – Your Objective. Sounds a little bit elementary, doesn’t it…maybe too simple. But you’d be surprised how many people say, “I know what my advertising objective is…it’s to generate business, to make sales, and to make money. What else is there?” Well, there are lots of other things. Specifically, you want to decide if your ad is going to generate leads, generate sales, move somebody to the next step in the buying process, or a combination of these things.

Many Advertisers Assume that everyone who sees their ad will be ready to buy – that they’ll just waltz right in and plunk down cash. But consumers don’t always behave that way…because it depends on what you’re selling and to whom you’re selling. To illustrate this, here’s an example of a
n upscale consignment furniture store that only carried really nice stuff in excellent condition. They’d spent almost $20,000 on radio advertising that sounded like the typical advertising nonsense. You’ve heard it before, “We carry this, this, and this. Only the finest that. We’re committed to this. Yaddi, yaddi, yadda. Our store is located at such and such shopping plaza, we’re open from 10 to 6 everyday.”

The indisputable lack of results proved that their ads were not good. And like many businesses, the owners concluded that radio advertising does not and will not work for a furniture store like theirs. But remember, there are 2 parts to every advertisement: The medium, and what you actually say in the medium. In this case it wasn’t the radio station that was bad…it was their ads. They had assumed the next step in the buying process was for the prospect to come into the store to browse around. Sounds reasonable, right? What would you expect people to do after they heard an ad for a consignment furniture store? Come on in and take a look.

The problem was, they were missing a step. Instead of assuming everyone was just waiting to hear their ads so they could finally find a place to empty their wallets, the owners needed to assume nobody had ever heard of the store, and that they would need a very low-risk way to find out more about it before they would even invest the time to come check it out. In their store, because it’s consignment, the inventory changes all the time, and they never have the same stuff twice. What they have just depends on what people bring in to sell.

So they started using the “Inventory Update List,” which is simply a list that’s printed out every two weeks of everything that’s come in during that time period. Then, on the radio ad, after talking a little about the store, instead of only giving people the option of coming into the store, listeners were given a lower-risk option of calling in or going on line to get put on the “Inventory Update List” the store would e mail to them. The results? First of all walk-in traffic just about doubled, but more significantly, they took over 30 calls a day from people who just wanted to be on the list. Once they got someone on the list, they had the ability to contact them as many times as they wanted to offer incentives to purchase.

The Point Is: sometimes it’s appropriate to generate sales from ads, in a lot of cases though, it’s smarter to generate leads. You just want to make sure you know exactly what you’re trying to accomplish before you start. The owners with the furniture store thought people would come into the store when they heard the radio ads – they were wrong. There was actually an in-between step for many prospects – calling in to be put on the list. Now, they’ve got the list on the internet with pictures of furniture in stock so customers can go online and get an updated inventory list as often as they like.

Here Are A Few More Examples of companies whose objectives were to generate leads at first instead of going directly to the sale. California’s largest SBA lending bank put together a report detailing everything a business owner needed to look out for and know about getting a small business loan. They then promoted this report in all their advertising and generated leads. A large mutual fund services company ran ads promoting a FREE audio program called “Investment Strategies: Which Ones Actually Work, And Which Ones Are Guaranteed To Drain Your Savings and Jeopardize Your Retirement…”

Doesn’t the name of that program just jump out and grab you? If you were even remotely in the market for investing, wouldn’t you just have to call and request the program? A corrugated box manufacturer put together an audio program that told the story of how and why they were the only company in the country that could design, produce, and deliver any custom box order in less than four hours. The CD was offered on all of the mailers and emails that were sent out to prospective clients.

A company that manufactures soaps and chemicals used in car washes put together a video that showed how their competitor’s acidic products would actually eat metal on cars during the car wash. They did this by putting strips of aluminum in each of three different beakers…two beakers contained competing products, one contained theirs. The two beakers with competing products in them instantly started to foam and bubble within 15 seconds of the aluminum being put in, while the manufactures’ product just sat there doing nothing. The video was titled the “15 Second Safe Test” and was offered in all of their trade publication ads and direct mail.

So Think About Your Ads.

1. What are you trying to accomplish?
2. Do you need to add another step?
3. How can you get more people to at least say they’re interested?
4. Can you offer information or something to lower the risk to entice prospects?

Clarify and know your objective – the results you get from your marketing depend on it.