How To Tell If An Advertisement Costs Too Much 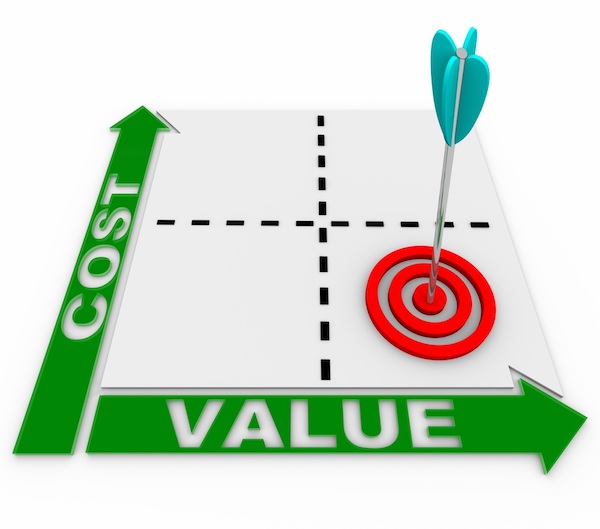 People say it all the time: “This advertising costs too much!” They practically go into cardiac arrest when they see how much the advertising for certain media is going to cost them. It’s pretty easy to get sticker shock when you see what ads in trade magazines cost or on popular resource sites. We’re talking 1,000, 2,000 and up to 10 or 20,000 dollars an issue or a month. But, here’s an important question for you, the advertiser: Does the ad actually cost too much?

So what’s the answer? The savvy advertiser will tell you that the cost of the ad is not the issue. What’s important is the return that the ad will bring. Think about it this way: if you were charged even as much as $40,000 for an ad that generated enough sales to make you a profit of $50,000, then would the $40,000 be A LOT? The answer is NO! Of course not! You’d be crazy not to beg, borrow, or steal the $40,000 so you could make the $50,000 profit! Try getting that kind of return in the stock market!

How do you think big companies can afford to spend three million bucks for a thirty second TV commercial during the Super Bowl? They know that an enormous amount of people will see it – enough to make the return on investment a good deal.

The point is simple; you’ve got to figure out how much money an ad will make you before you draw a conclusion of whether or not it costs too much. So how do you do that? It’s actually pretty easy. Here’s a simple process for determining the Return on Investment, or ROI, of an ad. First, you need to know how much profit you make on each sale. For instance, if you buy it for $50 and sell it for $100, your gross profit is $50. Easy enough to figure out your gross profit. Second, figure out what your closing ratio is. If, on average, you close one sale for every four people who inquire, that’s a 25% closing ratio. If 9 out of 10 end up buying, then your closing ratio would be 90%. This is simple math.

Third, figure out what your break-even is. Do this by taking the cost of the advertisement divided by the amount of gross profit per sale. Remember, we already figured out what your gross profit is a second ago. So how much do the ads costs? If the ads cost $1,000 and your average gross profit is $50, that means you’ve got to make 20 sales to make back the $1,000 – that’s your break even point – in this example, it’s 20 sales. Fourth and last, figure out the number of leads you need to generate from the ad if you are to break even. To do this, you need to know your closing ratio, which we also just figured out. Let’s say it’s 25%, or in other words, you close one out of four people who inquire. So if you close 25%, and you need 20 sales to break even, that means that your $1,000 worth of advertising needs to generate 80 leads to break even.

Now this may all sound kind of complicated, but it’s actually really simple. We just calculated in the above example that if $1,000 in ads can generate 80 leads, you would break even. That’s a return on investment of 0. Your goal is probably more than to just break even – right? You’re in business to make a profit. But let’s start with breaking even; that’s the bare minimum you can accept when running an ad. Hey at least you didn’t come up with a NEGATIVE return on investment! So let’s say your goal was to double your money. What would have to happen to your numbers? Yup, you’d have to double your lead flow, or in this case, generate 160 leads instead of just 80. That means that if you generated 160 leads you would generate a profit of $1,000 – again, on $1,000 spent. I.e. you’ve doubled your money. Your return on investment is 100%. That’s pretty easy to follow, isn’t it? By way of review, what we’re trying to do is calculate your return on investment for your advertising. Here are the four steps again. Think about your numbers in your business.

Realize something important here. What we’ve just done in this exercise is figure out how many leads you need to generate to break even on the cost of the advertisement, and then calculated the ROI for how many leads your ads end up generating. That’s a good piece of information to have, but now let’s take it a step further. Let’s figure out what’s known as the Lifetime Value of a Customer. What if your average customer brings you a $50 gross profit per sale like in the example we just went through? Well, is that the only time that customer will ever buy anything from you? Hopefully not. How many times does that average customer come back in the course of a month, or a year?

If your average customer buys from you one time a month and makes you $50 of gross profit every time, that customer is now worth $600 a year – in profit. And if you know that your average customer stays with you for 3 years, now that $50 a month client is worth a tidy $1800. So now how much would you be willing to spend to accrue that client? What if those were your average numbers, $50 a month for 3 years. Then in the example earlier, remember where we broke even with 80 leads and just 20 sales? Now those 20 customers would be worth an astounding $36,000 over the next three years. And it only cost you a thousand bucks worth of advertising. Now your break even looks a lot better doesn’t it! If you could accrue a $36,000 annuity every time you ran a thousand dollars’ worth of ads, you should mortgage your house and spend as much money as possible on advertising!

A couple of words of advice when figuring your return on investment for advertising. First, always estimate your numbers conservatively – on the low side. Always figure on getting a lower number of leads than you’re hoping for and expecting. Always count on a lower closing ratio than you’re used to. If you calculate your numbers using conservative figures, then you’ll do fine if your results are actually lower than projections…and in the event that you do as well as you had initially hoped, you’ll just make more money than you expected.

Example ROI – Here’s a real-life example of a company that promoted seminars where they would sell a service that cost $8,000. When they were just starting to advertise and promote the seminars, the question of how much budget should they allocate came up. They wanted to start filling seminars within about a week after starting advertising, so email looked to be the best way for them to quickly get the message out about the seminars. Emailing could be done for as little as 2¢ per message, so they came back and said they thought they would want to send out about 100,000 emails a week for the 5 weeks they would be doing seminars. When asked how many sales they planned on generating – they said because of a unique financing plan that allowed them to sell their package on a low monthly payment basis, they thought they could sell at least 100 packages in that 5 week time period.

See how that works now? Just run through your numbers and you’ll know how much money is a lot of money when it comes to advertising.