How To Never Make A Major Marketing Mistake Again 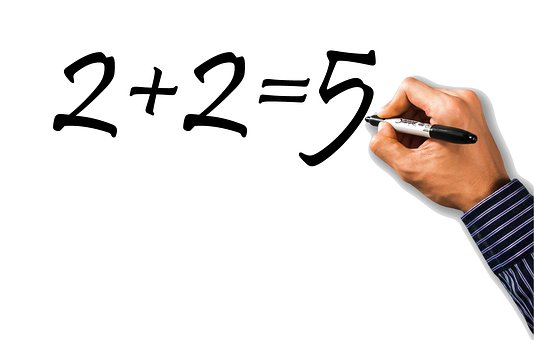 In his classic book Think And Grow Rich, Napoleon Hill says that one of the major causes of failure is that “… people prefer to act on opinions created by guesswork or snap-judgments rather than facts.” Advertising decisions based on what you think will work rather than what the marketplace wants is the main reason advertisements don’t work – and businesses fail, for that matter. Your livelihood depends on your ability to determine which messages will effectively attract new customers and entice your current customers to come back for more.

You can make these determinations by putting every important marketing and advertising question to a vote by the only people whose ballots count: customers and prospects. This “voting” takes place in the form of small, inexpensive tests. An advertising test is different than a questionnaire, a survey, or a focus group. These things don’t necessarily reflect your prospects’ willingness to put their money where their mouths are – and the results are usually skewed toward what the participants think you want to hear. Or what they think they might do. Testing, on the other hand, allows you to find out definitively which headlines, offers, prices, etc. the market will respond to – and cause them to buy – before you spend a fortune on advertising.

You can test the effectiveness of certain parts of your ads on small but representative samples of your market, and you can learn what works and what doesn’t. The results are reliable because each advertising question is answered with cash, check, or a major credit card. So ultimately, the purpose of testing is to demand maximum performance from every marketing and advertising dollar you spend. You will find that one approach will often times substantially out-perform certain others. But unless you test, you won’t know which approach is the best one.

You might think the concept of testing sounds so obvious, so simple, that everyone must already be doing it. Well, are You doing it? Are you really testing? And just running an ad, then saying, “Darn, it! That didn’t work!” does NOT count. The fact is ALMOST ALL businesses haphazardly run whatever advertisements ‘seem to be pulling well lately.’ If you methodically test and calculate your advertising efforts, you’ll shred your competitors’ advertising to pieces, and win their customers in the process. In short, every aspect of your advertising can and should be tested – advertising mediums, placements, headlines, prices, offers, packaging, formats, type fonts, sales pitches – everything.

Through the process of diligent testing, you ensure that you will never make a major marketing mistake. It’s impossible. If an advertisement or promotion fails in a small-scale test, you either adjust it and test again, or scrap it for something different. By testing, you take the guesswork and conjecture out of advertising. You should be very scientific with your marketing – keep experimenting until you find what really works.

Test On A Small Scale, Because Guesswork Can Cost You A Lot Of Money.

For Example: After 25 years in the retail jewelry business, an entrepreneurial man retired and sold diamonds at true wholesale prices directly to the public from his home. Because his prices were so low, he managed to sell several diamonds a month based solely on word-of-mouth advertising. But as for his advertising and marketing skill, well, he didn’t have a clue. One day he hatched a brilliant idea. He decided to start a company to sell lower-end jewelry and collectibles on a nationwide basis using newspaper advertisements as his marketing medium in the Parade magazine. He would place advertisements in newspapers that looked exactly like the Franklin Mint’s. The only thing different would be his company’s name and address at the bottom of the ad. He sharpened his pencil and figured that if his ads could pull a measly 6 responses out of every 10,000 placed, net profits would triple the ad cost. If he could only muster 3 responses per 10,000 then he would at least break even. Hey, if Franklin could do it, why couldn’t he?

On the strength of projections and his reputation in the community, he raised over $200,000 from local investors to launch the first product, a gemstone ring. The initial ad cost over $60,000 for complete coverage in the Los Angeles Times’ Parade Magazine. Since the paper was delivered to several million homes, he figured to be extremely rich very soon.

To make a sad story short, the product bombed. He tried a different product the second time, and still another the next time. Finally, after all of his capital was depleted, he was forced to quit – his investors not happy. How could this have happened? All he needed was a measly 6 responses out of 10,000. Instead of blowing the whole budget on a couple of unproven ideas, he should have taken the time to run some tests in similar magazines with smaller circulations. These relatively inexpensive tests would have told him which ad concepts worked, which prices pulled the most orders, what kinds of terms his customers found most convenient, or anything else he needed to know before rolling out a huge, expensive campaign. Moral to this story: It’s better to find out what works and what doesn’t work when there’s $60,000 at stake. Testing will ensure you never make a major marketing mistake again – ever.

Again, when you test one marketing variable against another, you will find that one always out pulls all others by a significant margin. A price of $19 may out pull $21 by three times. A certain headline in a newspaper ad might out pull another one by as many as 5 or 10 times! That’s 5 or 10 times the result with no increased expense. Advertising and marketing offers your business the greatest source of leverage. But you have to continually test to take advantage of that leverage. As you test different approaches, carefully analyze and tabulate the results. When you find something that out pulls everything else, that becomes your “control”. Once you know what works best, you can test other variables in your advertising mix.

Once you find a headline that works well in a magazine ad, you can then start to test it in different magazines, or different placements in the magazine, or in different sizes. Just be sure not to test more than one variable at a time, though, or you won’t know what effect changing each one of the variables has. If you go changing the headline, the publication, and the format of the body copy, you won’t have any idea which component accounted for the difference in results.

Another wholesale diamond seller found that his business became increasingly profitable the more he tested his advertising. His main selling point had always been lower-than-retail pricing. He had successfully run ads in the university newspaper with the headline “WHOLESALE DIAMONDS” for several months in a row. He was encouraged to test three or four other headlines based on low prices, including this one: “If you’re planning on spending $2,500 on a diamond engagement ring, I’ll send you home with either a ring worth $3,800 – or $1,000 still in your pocket.”

This simple re-articulation of the selling point ‘low prices’ graphically illustrated just how low the prices were. It brought the ad alive to the readers. Inquiries and sales immediately increased by over 60%. But this story doesn’t end there. The advertisement with the headline just mentioned, “If you’re planning on spending $2,500 on a diamond engagement ring, I’ll send you home with either a ring worth $3,800 – or $1,000 still in your pocket.” became his “control.” He then tested some other concepts against the low price one. One of these concepts was based on the observation that people usually knew that wholesale diamonds were less expensive, but that they were leery of buying from a dealer that didn’t have a big, fancy showroom. Basically, the customers’ confidence in wholesale dealers was not very high. Remember, the advertiser’s job is to raise confidence and lower risk. In this case there was high risk and low confidence.

The next newspaper ad to come out combated this concern head-on. The headline read “Most peoples’ greatest fear about buying their diamond engagement ring from a wholesale jeweler is that they’ll be fooled into paying too much for an inferior diamond.” The ad went on to explain how this wholesaler never considered any sale binding until the customer had the diamond appraised by a certified gemologist of their choice. It also described in detail the “better than money-back guarantee” that ensured total customer satisfaction. See how that lowers the risk and allows the customer to take specific steps to raise the confidence level.

The huge increase in response to this ad brought in drove home the importance of testing to this business owner. No advertiser has the right or ability to tell the market what it will respond to. Experience can show you what types of things tend to work best, but only testing can empirically prove what works best in every single situation.

Start immediately to test every ad you run against another one with a different headline or price or layout. Send two relatively well-matched salesmen out with different pitches and see which one works best after a week. Test new and different ways to articulate each of the points of your case until you find one that works best. When you find approaches that are making you money, keep testing to find out, ‘How High is High?.’ You never know how high is high, how fast is fast, how far is far until you’ve tried several different things.

Yes, it takes longer to test then it does not to test. But by scientifically testing every facet of your marketing, you’ll find in the long run your advertising will be more effective, make you more money, and help your business grow more rapidly. Do what’s known as an A/B split. What this means is to run two different ads, both at the same time. Let’s say you’re sending a mail piece. Instead of sending one piece to the entire list, try sending one piece to half the list – that’s piece ‘A’ – and a test piece to the other half of the list – that’s piece ‘B’. See, it’s an A/B split. You can do this with other media besides just mail. It works great with email  and telemarketing as well. Some newspapers and magazines may be able to actually print every other copy with a different ad. This allows you to see which ad pulls better in a real live situation.

The point is to test, test, test. Become a test-aholic. Don’t just fly by the seat of your pants. You’ll find it to be very rewarding in the long run.