How To Decide Whether To Place Ads Yourself, Or Use An Agency 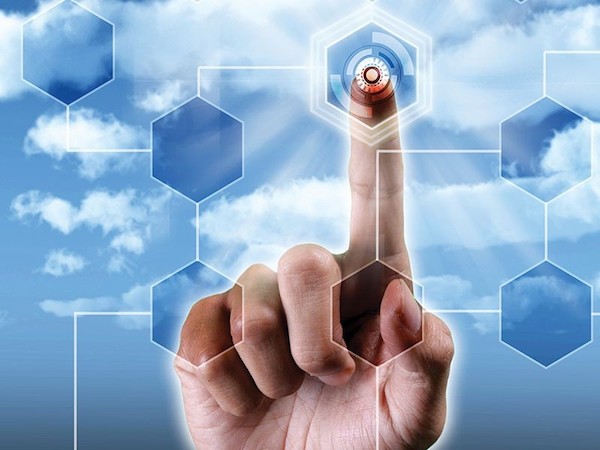 With All The Dishonest Advertising Agencies Out There, you may be wondering whether it’s better to place advertisements yourself, or if you should even consider using an agency. That’s a good question, and one that doesn’t necessarily have an easy answer. It depends on the needs of your company and what you’re trying to accomplish. For you to decide, you could use the good old Benjamin Franklin method. Remember the Ben Franklin method? That’s where you get out a blank piece of paper and draw a line down the middle and write ‘FOR’ on the left side and ‘AGAINST’ on the right side, then simply list out the reasons FOR and AGAINST. In this case, we’ll list all the reasons FOR using an ad agency, and all the reasons AGAINST using an ad agency. Whichever side ends up with the most points – FOR or AGAINST – wins. So let’s do that to see if you should use an agency or not.

Reasons AGAINST Using An Agency: First, let’s start with the reasons AGAINST using an agency. Here are some reasons you might NOT want to use an agency, and do it yourself instead. Reason number one in the AGAINST column is cost. It costs you a certain percentage of your advertising budget to use an ad agency. For print and broadcast media, that percentage is usually 15%. In other words, if you spend $10,000 on a radio campaign, the radio stations will bill the agency just $8,500, and the agency keeps the balance. It’s their commission. Now that’s not a bad thing necessarily, but it is money that in some cases you may be able to keep for yourself.

For Example: If you call a radio station directly and tell them you’d like to spend $10,000, they’re most likely going to charge you the full $10,000, not just $8,500 like the agency. That’s because the 15% commission is reserved for advertising agencies only. It’s designed to keep you, as an individual advertiser, from getting a discount on your advertising. And it’s usually pretty effective, but you can get around it. Here’s how: Set up your own advertising agency. That’s right, set up a different company with a different name and a different phone number? That’s all it takes to become an ad agency. A name and a phone number. It’s not like becoming a doctor. You couldn’t just rent out some doctor’s office somewhere, buy a stethoscope and call yourself a doctor. The only patients you’d be looking at would be in jail. But for ad agencies, it’s not quite so strict. A name and a phone number is all that’s required. You don’t even need another office, or an advertising degree, or certification from the American Association of Advertising Agencies. Just a name and a phone number and – Ta DA! – you’re in business.

This allows you to buy your advertising at the discounted rate. Depending on the quantity of ads you place – and depending on your proficiency as an advertising guru – this could mean a substantial savings. So it’s worth exploring.

But before you get too excited about this 15% windfall, remember that we’re only talking about the reasons AGAINST using an agency right now. And reason number one AGAINST using an agency is that you don’t get to keep the 15% – the agency does. So why else would you not want to use an agency? The only other valid reason is that the agency might not be competent. They might be very proficient at making pictures that look pretty and possibly win awards, but they might not actually know how to make you money. That’s a tough call, and it’s going to require that you ask the right questions to screen them.

Reasons FOR Using An Agency: So what about the reasons FOR using an ad agency? For starters, there’s a lot of specialized knowledge that goes into making a good advertising buy. Just because you have to be certified to be a doctor but not to become an ad agency doesn’t mean you don’t have to know anything to be an effective agency. There are a lot of things to understand. Good ad agencies usually have skilled people who know each of the different kinds of media … and how and when to most effectively buy each of them. They have experience that says, “You know, I don’t think newspaper would be such a good idea for this particular product, but maybe direct mail would be.” They have people who know how to negotiate the best rates and buy for maximum effectiveness. In short, they really understand advertising.

Let’s Make A Distinction Right Here. The ad agency has two specific – and different – functions, generally speaking. The first one is creating ads; the second one is buying ad space, or what’s known as media buying. Media buying is a pretty big study. You need to get enough of an education that you can talk intelligently with an ad sales rep or an ad agency. But for you to learn everything important to know might not be worth your while. A working knowledge of media buying is adequate for most people.

When it comes to the creating the content of your advertisements, this is where you really have to know what you’re doing. You don’t need to be able to necessarily create your ads, but you do need to be able to look at what’s been created and objectively critique it. Ad agencies are notorious for creating bad stuff. Stuff that looks great, but doesn’t sell. Stuff that impresses artists, but not buyers. Stuff that emulates big business advertising, but doesn’t invoke any kind of response to action. The bottom line is this: If the content of your ad is bad, it’s going to ruin your chances for advertising success.

Okay, so that’s FOR #1 – there’s a lot of specialized knowledge that goes into placing advertising. Specialized knowledge that you may not possess. That leads us nicely to FOR #2 – Remember the 15% you could save if you start your own ad agency? That was the good news. The even better news is that a real ad agency, that’s any good at all, can more than make up for the 15% that they earn as a commission. Think about it. If the ad agency commission is 15%, then they’ve only got to be 15% more effective than you are at buying the space to make it profitable. Just 15%. Let’s say that you’re an auto mechanic and you charge $50 an hour to work on my car. In an effort to save money, I decide that I’d rather do it myself. Of course, I don’t know 1/100th what you know about fixing cars, but I go ahead and give it a go. Are my savings – not paying you the $50 an hour – really a savings? Of course not. The same could be true for the 15% you’re trying to save. It could actually be costing you money.

Reasons FOR Using An Agency #3 – Placing advertising can be extremely time-consuming, especially if you do very much of it. It’s easy for a business owner to get faked out and forget that his or her time is actually worth a lot of money. But the reality for most businesses, is that your time is best spent working on your CORE COMPETENCY. What’s your line of business? Are you an accountant? Then spend your time honing your bean counting skills. Are you in retail? Then figure out the best ways to merchandise your store and buy the correct inventory. Are you a professional? Then work on your craft. Yes, gain a working understanding of advertising. That’s the whole point of our articles. But no, don’t spend time trying to become an expert at it. Outsourcing your advertising to an agency may be a smarter move.

Here’s One Of The Time Traps Most People Don’t See in regards to their advertising. They may call a newspaper or a radio station and ask what the rates are. The salesperson then gives those rates or faxes over a proposal. The business owner (or fake ad agency) looks at the rates, decides what size ad to place or what kind of schedule to go with, and places the order … then smiles while thinking about the 15% he or she is saving. What they don’t know is that a skilled advertising agency can in many cases negotiate either the rates down or the number of spots up. They never take the first proposal. They always take the time to make a second call and hammer them for a better deal. It’s negotiation, and it’s certainly worth more than the small 15% the client could save by placing media themselves.

So Back To The Ben Franklin Method. You’ve most likely got more reasons FOR than you have AGAINST. In other words, you’ve concluded that it might not be such a good idea to place your advertising yourself. Is that true all the time? Well, not exactly. If you’re a small company and you don’t do all that much advertising, it might be a good idea for you to place your own advertising. If it won’t take up too much of your time and you’re confident in your negotiating ability, then go ahead and make up a new name and get a new phone number and start placing ads. Otherwise, you might be better off leaving it to a professional. In that case, again, you want to have a good enough working knowledge of ad placement so that you can evaluate the job your agency is doing. And you definitely want to have a big say in the creative design and writing of your ads.