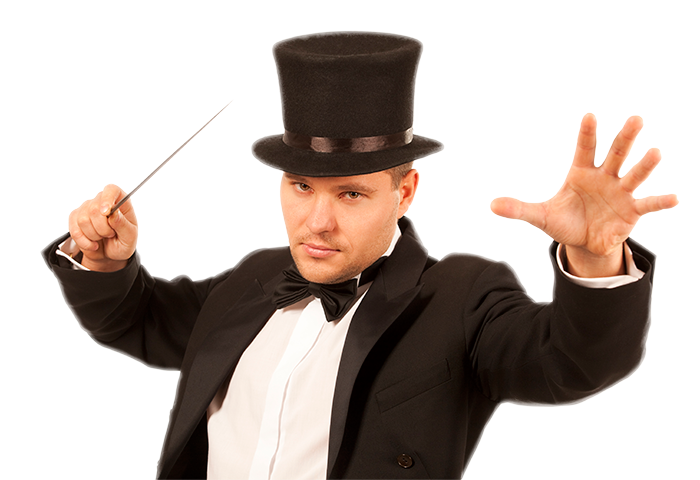 We’ve all been conditioned to learn tricks and techniques…primarily because that’s been the only thing taught for decades. And many people mistakenly say, “Teach me the tricks of the trade.” But the reality is – you need to LEARN THE TRADE, the principles of successful advertising – instead of just learning tricks. Once you learn the grounding principles, then you can move on to learning the techniques.

To illustrate why it’s important to not just learn techniques, here’s an example. My friend has a son named Sam, and sometimes they go to the McDonald’s drive-thru together and get french fries. Sam is a little guy, like 2 or 3, and sometimes the fries come out too hot for him to eat, so he asks his dad to cool them down. Well, how do you cool down a hot french fry when you’re in the car? You hold it up to the air conditioner vent and crank it up for a few seconds until it cools off. One time his dad looked over and saw little Sam holding a french fry up to the a/c vent, but there were two problems: 1) The french fry wasn’t hot, and 2) The air conditioner wasn’t turned on. Sam was executing the technique to perfection, but the situation was totally wrong. Sam didn’t understand what conditions had to exist before the technique would work. Or in other words, he didn’t understand the principles, just the technique.

And that’s exactly how it is with sales, marketing and advertising techniques. For example, let’s look at what happened with direct mail back in the 70’s. Everyone was teaching techniques for tricking people into reading their junk mail. They taught you to send your sales letter in a plain white regular-sized envelope with no return address, a first-class stamp, and a hand written address? People would get it and go, “Wow! A letter from someone who forgot to write their return address! I wonder who it is!” Then they’d open and read it. But what do you do Now when you get a white hand-written envelope with no return address on it? That’s right – you pitch it without even opening it! You know its junk and a waste of your time. But people are still using that technique – just like a 2 year old holding up a cold french fry to an a/c vent that’s not even turned on!

Here’s another advertising trick; this one is used by car dealers. They’re notorious for using tricks because typically they haven’t innovated their business sufficiently to have anything good to say. They don’t have a good Inside Reality, so instead they try to trick you into believing their offer is a better value. No, this is not the loss-leader trick, where they put a stripped-down, low-price car in their ad that lures you onto the lot only to find out the car doesn’t exist. How about this one, though? An ad that features the headline, ‘Pay No Tax On All New Models.’ You look at the headline and instantly draw the conclusion you won’t have to pay sales tax, which on a $30,000 vehicle could mean saving a couple of thousand dollars. You see that and say, “Wow, that’s a great deal…pay no tax.” But if you looked closer, you’d see the teeny, tiny type at the bottom of the page that says ‘Dealership will pay INVENTORY tax on the vehicle; customer is responsible for all state and local sales taxes.’ If you’ve purchased a new car recently, you may remember seeing ‘Inventory Tax’ on the final invoice. It was probably something like $86. Wow, an $86 savings…nice trick, guys.

But that’s what most advertising and marketing programs teach you to do – implement a bunch of little techniques to trick people into believing that there’s some kind of value in doing business with you. Techniques, unfortunately, that frequently don’t work when you try to use them in the real world. You can’t just rely on tricks and techniques. You’ve got to build the Inside Reality of your business so that the Outside Perception at least has a chance of being genuinely good. If your Inside Reality is poor, or even if it’s just about the same as everyone else’s, what do you think the Outside Perception of your business will be? Neutral at best. On the other hand, if you concentrate all your efforts on the Inside Reality but you can’t advertise very well, you’re setting yourself up for frustration. You’ll be pulling your hair out trying to figure out why anybody would be so stupid to do business with your competitors when your business obviously offers a superior value. Well, maybe it’s NOT so obvious.

Most businesses could stand some improvement in both areas, but they struggle the most with the Outside Perception. With all the competition that exists – because of the Confidence Gap – they have problems differentiating themselves in the marketplace. Regardless of your situation, your focus must be on improving the Inside Reality and Outside Perception of your company.

Can you see why it’s imperative that these two factors be considered at the same time? Just teaching you how to innovate leaves you with a really solid company that nobody knows about. On the other hand, just teaching you sales, marketing or advertising will drive in business that won’t stick around if there’s no superior value. You have to consider both the Inside Reality and the Outside Perception. You must first have something good to say, and then say it well.