Do You Own Your Market?

If Not, There Are Only A Few Possible Reasons Your Prospects Buy Elsewhere… 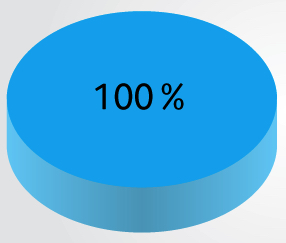 When we talk in our newsletters about owning your market, most people initially think we’re just trying to be catchy and cute. On the contrary, we’re dead serious. When we say “separate yourself from the competition…then eliminate them,” we mean it literally.

One of our favorite mainstream clients we’ve worked with is an auto repair shop that regularly puts three to four competitors out of business every year. His business operations are run so flawlessly, his marketing is so compelling, and his customer satisfaction is so high…customers are irresistibly drawn in and drawn back time after time. They are helpless. In their minds (and in reality), they would be FOOLISH to go anywhere else to get their cars fixed.

Now understand – this client doesn’t go around gloating about destroying his competitors. He doesn’t hate their guts or put big X’s on a map at their location after they quit. He just has a big problem with the idea of anyone taking his/her car to get fixed anywhere else – and not just because he wants to make the money, It’s because he knows if they go anywhere else, there’s a good chance that they’ll pay too much, their car won’t get fixed right, and the customer will get mad at ALL auto repair shops (you probably can’t relate, right?).

Why Don’t You Own Virtually 100% Of Your Market?

Most business owners don’t even realize that complete market dominance is an option. They just figure there’s always going to be competition in business. And they’re right – and wrong. Just ask Bill Gates if he has any competitors in operating software. Or ask our client from the above example if he has any competitors. The answer in both cases is yes. But if you think that anyone else has half a chance at cracking their empires…it ain’t going to happen. They OWN their marketplaces. And so can you. So why don’t you?

We’ve found that there are really only a few reasons why competition even exists in the first place. I mean, you would think in every category of products and services there would be one competitor that was so good and so aggressive that they would smother their competition. But it just doesn’t happen very often.

The following is a short explanation of reasons why you might not own your marketplace, along with prescriptions to fix the problem. See if you can identify and remedy your situation. If so, there’s no question that you’ll beat your competitors for the majority of market share every time.

Reason #1: Somebody Else Has A Better Deal: I’m not talking about price here either. I mean there’s a competitor who is offering more value to your prospects than you are and the prospects recognize that fact and don’t buy from you. This sounds simple enough but I would contest that if you’re not offering the best deal possible, you shouldn’t expect to win.

Don’t quit reading because this sounds so simple. This is the first reason (that a business doesn’t own their market) listed because it’s the most basic and most widely ignored. Why do you think traditional sales training exists? It’s designed for companies with sales mentalities that believe all competitors are equal and your only chance of landing any business is to out-sell, out-trick, out-technique, out-cold call, out-persist, and out-luck all of your competitors. I disagree in a most fundamental way.

Prescription #1: INNOVATE ALREADY! And don’t say that innovation is too hard. Innovation means simply figuring out a way to offer more value than any of your competitors. There are literally 2,944 ways to do this. But on a basic level, just ask yourself one simple question: If I were a customer of my business, ”John Smith,” what would compel me to buy from me instead of my competitors?

If you can’t answer that question and aren’t willing to work your guts out figuring out the answer, I think we’ve figured out why your market share is what it is. And remember we’re looking for real, quantifiable, interesting, exciting, and compelling reasons for customers to buy. Not things like we’ve been in business for a zillion years. Not things that are pretty neat, but all of your competitors do also. Not things that your customers have come to expect from you or your industry as status quo. What is it? If you don’t know what it is, YOU MUST INNOVATE. If you’re stuck about how to do it, give us a call.

Reason #2: People Perceive Someone Else To Have A Better Deal: Okay, so you’ve innovated and you’re now the best deal. Anyone in your target market would be a fool to buy from your competitors. But they still do. Why? The only possible reason is that your marketing plan doesn’t effectively nurture and coddle prospects through what we call the educational spectrum. You may attempt to communicate your obvious advantages, but your prospects either don’t believe you or don’t think about you in the moment of truth.

Prescription #2: OWN THE MARKET ALREADY! First, identify all of your prospective clients and gather their information in your database files. Next, create a series of compelling, well-articulated marketing messages that target each of the possible concern areas and build trust over a period of time. Make sure your marketing materials all are hot-button-based, and target the group we call the INVESTIGATOR on the educations spectrum. Then you need to carefully execute your plan and communicate with your entire prospect base to guide them through your educational process.

If this sounds a bit confusing, it’s because I’ve taken a 288 page book and a 2 day workshop and broken it down into one paragraph. Just realize that the whole key to effective marketing is to let your target market know in a consistent, compelling way they would be a fool to buy from anyone but you. If you have truly innovated like we talked about in prescription #1, then it’s just a matter of time before you’ll win all the clients you want.

Reason #3: Your Prospects Don’t Know That You’re An Option: If your target market is very narrow and easy to identify, then this is an unforgivable mistake. For instance, if your market consists of all of the meeting planners for the top 500 businesses in Baltimore, these 500 people should all know who you are. If your market consists of many possible customers like ours does, then you need to constantly add prospects to your files.

Prescription #3: OWN THE MARKET…But Don’t Break Your Budget! One common approach is to buy a ton of media impressions to get what they call “name recognition or branding.” If you’re not a Fortune 1000 company, forget this strategy. Not that you shouldn’t use publications, direct mail or other media, you just have to be a lot more careful and strategic.

If you can follow these three quick prescriptions, you can own your marketplace. Obviously, this isn’t an overnight task and it won’t be easy. But if you do, you will beat your competition into a demoralized, quivering pulp.