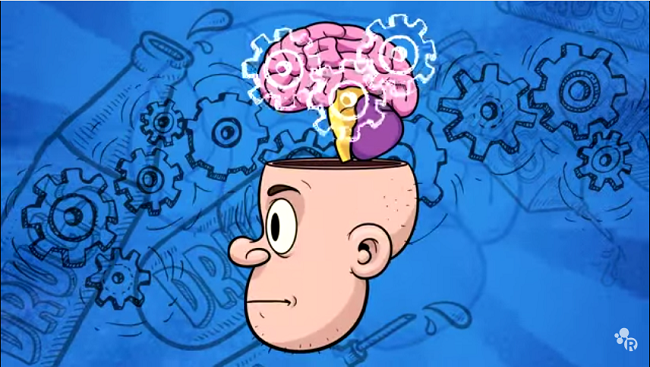 If you want to know why customers buy what they buy, you need to see the world through their eyes. If you want to know what they see, you first must understand how the brain works–and how we make decisions. To understand that, you need to learn three major concepts that will make all the difference in the effectiveness and profitability of your marketing: Alpha Mode, Beta Mode, and Reticular Activator.

Alpha brain waves produce a hypnotic state. It runs automatic patterns that allow your brain to habitually perform tasks without conscious thought. If you stare at a candle long enough, you find yourself in the trance-like alpha mode. Have you ever driven to work only to realize when you got there that you hadn’t noticed a thing along the way?  You were in alpha mode. Since driving to work is a habitual pattern, you don’t have to think about it. On a conscious level, you can talk on the cell phone, listen to the radio, shave, or put on make-up while your brain drives you to work with no conscious thought. Think of alpha as mental sleep-walking. I doubt I am the only person who has put the cereal in the fridge and the milk back in the pantry after eating breakfast!

Here’s what alpha mode means in marketing terms: People see and hear ads with their eyes and ears but don’t notice them on a conscious level. If you open a newspaper, you may look at 70% ads and only 30% news articles. You only see the ads on an alpha level; 9.9 times out of 10 you won’t even notice them at all. All you’ll see is the news. That’s what you picked up the paper for in the first place.

In addition to alpha brain waves, you also have beta brain waves. Beta is the brain’s state of alertness and active engagement. It’s like driving to work in a thunderstorm. Your hands are firmly gripped at 10 and 2 o’clock and your pupils are as big as dimes. You’re sensitive to everything. You’re in beta mode when you’re watching a movie and the music builds to a crescendo in anticipation of something scary happening. Your heart starts thumping. You can think of beta as “alert mode.”

In marketing terms, beta mode is when a person consciously notices your ad or marketing piece and becomes open to suggestions and solutions. Something captures their attention and compels them to keep paying attention.

The key is to get the prospect out of alpha mode and into beta mode. You want to shake your prospects out of their subconscious haze that never sees your ad or marketing piece and into alert mode where they are fully conscious and aware of what you’re trying to communicate. Knowing how to do this–and then doing it–is the beginning of your making a fortune in marketing.

Knowing how to move a prospect from alpha to beta mode requires you to learn the third major concept about how the human brain works–the Reticular Activator. This part of your brain is on the lookout 24/7–even when you’re asleep–for things that fall into any of these three categories: 1) things that are familiar or connected to you in some way; 2) things that are unusual, abnormal, shocking or strange; and 3) things that are dangerous, threatening or problematic.

Have you ever met somebody for the first time, and two seconds later, you realize that you’ve forgotten their name? It can be embarrassing; I do it all the time. Usually people brush that off and say they’re not good with names, or that they have a bad memory. But here’s the real problem. When you meet somebody and hear their name, that’s an alpha activity. Meeting a guy named Fred Jones, Steve Johnson, or Bruce Friedman, for that matter, is not unusual–nothing pokes your brain and says “Huh?” So you never really hear the name in the first place.

Here’s my point: Trying to remember Fred Jones’ name two seconds after being introduced is like trying to recall the company’s ads on the newspaper page that you turned two seconds ago or the billboard that you just passed at 75 miles per hour. You can’t remember it because you never consciously noticed. But what if you meet somebody whose name is Hubert Hinklemier, Elmo Fudrucker, or Cornelius Oglethorpe? Or what if you meet a person named Michael Jordan, George Bush, or Connie Chung? You’ll most likely take notice and remember. The reticular activator is always looking for things that are familiar, unusual, threatening, or problematic.

What does all this have to do with marketing? Everything! Understanding the reticular activator is what’s going to get us past interrupt and on to engage. And if we can engage the prospect, we’ve just increased our chance of selling something by 1,000 times. This is going to solve the problem every other marketer hasn’t figured out–how to get the prospect not just interrupted but also engaged. Not just finding any activator, but finding the right activator. Marketing’s first job is to interrupt the prospect–to get them to “snap” out of alpha into beta–by finding out the things that resonate in the prospects’ reticular activators. This snaps them into beta mode.

Actually, this is easy to do. That’s why the creative folks on Madison Avenue use animals in advertising–animals are familiar and likable. These animals have “interrupt value” based on their familiarity. That’s also the main reason why big advertisers use celebrities. For example, Buick knows that as soon as your reticular activator detects the presence of Tiger Woods, it’ll poke you in the brain and say, “Hey, wake up! Tiger’s on the tube!” Then you see the Rendezvous. Now Buick is in a position to sell–if they can now move you from being interrupted to becoming engaged (which they don’t).

What about activators based on unusual things? Creativity’s main purpose in advertising is to dream up something so weird, strange, shocking, or unusual that it will snap you out of alpha mode and into beta mode, otherwise known as interrupt. That’s why advertisers will take something familiar like a frog and make it do something unusual like talk. Now they’re doing a reticular activator double whammy: giving your brain something that’s familiar and unusual at the same time. It’s the creative director’s panacea. And what about sex? You’ve probably heard that sex sells. Right? Actually, it’s not true. Sex interrupts. If something sexy is put in an advertisement where you weren’t expecting it, then you’re interrupted, but not necessarily engaged.

If you hope to interrupt and engage your prospects, make sure your advertising is brain friendly.