Blame Television For Everything That’s Wrong In Your World 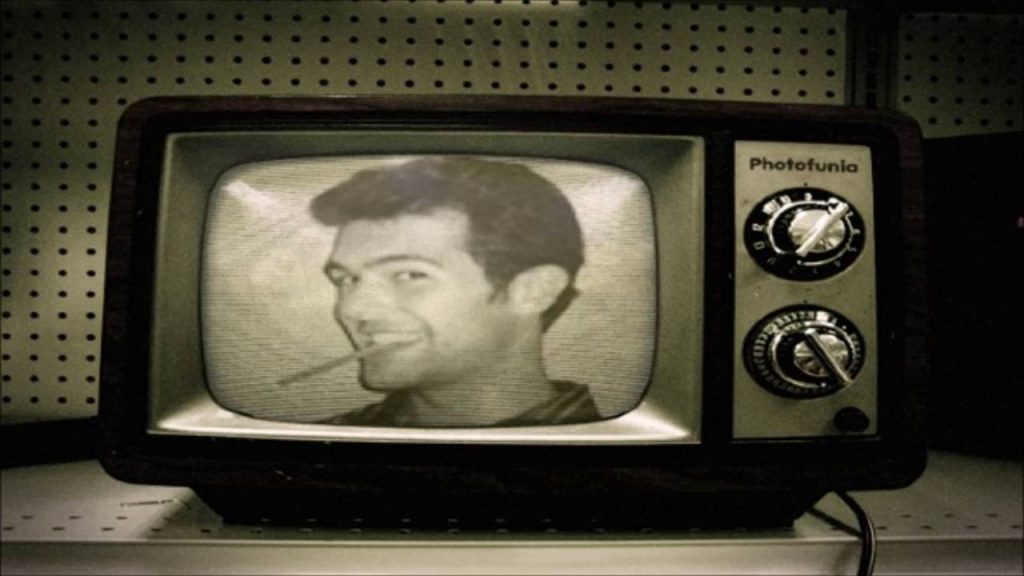 Feeling a little out of sorts lately? Not accomplishing your life’s goals? Fatter and balder than you wish you were? Don’t worry, it’s not your fault! You can blame everything that’s wrong in your world on…. TELEVISION!

I’ve told you before that everything you know about marketing is wrong. Let’s start to clarify that statement a little bit…everything you know about marketing does not effectively allow you to accurately and succinctly portray your inside reality to the outside world. This is a product of years and decades of being conditioned to doing marketing the wrong way. Let me take you by the hand on a quick guided tour of why we’re in this situation. I think you’ll have a better appreciation for the problem itself, as well as the solution to the problem, if you have a better foundation of why the problem exists in the first place.

In the early days of advertising–the late 1800’s and early 1900’s–most companies were competing on a local or regional basis…and because of that, competition was fierce. Much of the advertising was comparative in nature. They wouldn’t just say, “Hey, we’re better.” They’d say, “We’re better, and here’s exactly why…based on this, this, this, this, and this.” On average they did a pretty good job building a case and helping prospective buyers understand the important issues in regard to their particular product or service.

This all helped to facilitate the decision making process of the prospective buyer, which is what marketing is supposed to do on a base level anyway. In other words, the ads performed a sales function. This highly competitive environment forced advertisers to use their brains when writing ads, and the beneficiary was the buyer. Back in those days, ads were thought of as an “army of tiny sales people all armed with the perfect sales presentation.” The result was that the outside perception was generally a pretty good reflection of a company’s inside reality.

All this helped, for the most part, clear up through the end of World War II. Then, everything changed. At that time, Americans had unprecedented prosperity, free time, and discretionary income. For the first time in the history of the world, the average citizen of our country said, “Hey, I’m doing pretty good. I’ve got some time, I’ve got some money, and I’m ready to CONSUME!”

Then the most significant event in the history of marketing and advertising occurred. In 1945 television was first commercially introduced….and it changed everything. At the time, there were less than seven thousand TV sets receiving signals from just nine stations in five markets. From there, it mushroomed. By 1951, less than six years later, there were twelve million sets. One year after that, in 1952, there were twenty million sets.

Here’s how that changed advertising…I’m talking about all advertising…even if your company doesn’t use television advertising, what you’re about to learn has directly impacted you… and in a negative way: In the 50’s, the typical family in America had one TV set that received just 3 channels…and everybody in the family sat around and watched it practically every night. Television was very influential. Some of the biggest companies in the country said, “Hey, here’s a way that we can reach everybody in the whole country with an advertising message, and we can do it pretty cheap.”

Up until then, total national distribution of an advertising message was extremely limited to print advertising in a few magazines or in the Sears catalog. Now these advertisers could buy a TV commercial and reach literally just about every living person in the country while they were sitting around watching the boob tube, and it only cost just four thousand dollars a minute. What a bargain, even in 1950’s money! When more and more companies began to catch on to this, the prices for commercials went through the roof. Local and regional competitors quickly lost their ability to buy airtime, and soon only the largest national companies could afford the huge advertising rates, but because they were so big and already had national distribution for their products…and because of the almost instantaneous effectiveness of those advertisements, they gladly paid the money.

As advertising prices went up, the length of the average TV commercial shrank down. Instead of one or two minutes per commercial, the networks started selling them in 30 second blocks. Now here comes the key point: This meant that advertisers had less time to sell–and therefore had less time to educate prospective consumers on the important issues and build a case as to why they were different or better or unique–so instead, they started using slogans. It started getting harder and harder for a company or product’s outside perception to accurately reflect it’s inside reality.

On a base level, what is marketing supposed to do? First, marketing has to get the prospect’s attention. Even with only 30 seconds, getting attention was still not a problem. But then what? Marketing’s next job after interruption is to facilitate the prospect’s decision-making process and make the them feel like they would have to be an absolute fool to do business with anyone else but that company…regardless of price. Companies and their ad agencies found that this was a lot harder to do with only 30 seconds. But they also found out that they didn’t really need to do it because the number of real competitors–that is, the number of competitors that could actually afford to be on the tube advertising alongside them–was amazingly, very few.

They found out that with television, because of the limited number of players, they could just spend money and win by default. Not by better products, not by having a better inside reality. Not by better advertising. They discovered they could win by being the only one who got to the consumer on a consistent basis. It’s like winning in sports by forfeit–if the other team doesn’t show up, you automatically win! If there happened to be two or three major competitors–say like Pepsi and Coke–that was fine because there was plenty of business to divide two or three ways. The bottom line is that because of the circumstances, a company’s inside reality and outside perception didn’t have to match up; the lack of a substantial number of choices eliminated this necessity.

Can you see where this is heading, and how it affects you? Because of the reduced amount of time available, and because of the relatively few number of competitors, all of the focus shifted to simply getting attention.  Advertising quickly lost it’s penchant for selling and developed an appetite for creativity. The idea was to get into the consumer’s brain with something creative that would stimulate them and cause them to recall the product later on when they needed it. Like I said earlier, that’s when slogans began to rule the roost. Aren’t you glad you use dial? Ring around the collar. Melts in your mouth not in your hands. How about this one: Don’t squeeze the…….. that’s right, Charmin. How do you know that? That commercial hasn’t run in almost twenty years!

The creative approach took over and soon began to filter to all other advertising media, including radio, newspaper, magazines, billboards, yellow pages, you name it. Once the creative message was in place, these big companies opened up the checkbook, spent the big bucks, and basically gave people no option but to remember the message. After 6,722 times of hearing “Plop plop, fizz, fizz,” you’re going to remember it whether you want to or not! We call this using the “C&R” Formula–C for creativity and R for repetition. Make something unusual or weird, spend a zillion dollars, and haul your dough to the bank.

So how does this work now, in today’s marketplace? Not as well as you’d probably like it to. It does still depend, to a certain extent, on how much money you have to spend. But to see it’s true effectiveness, let me give you some slogans of companies now, and you tell me if you can name a) what company the slogans are for, b) what they do, and c) what you think their inside reality is. I’m betting you won’t get more than zero or one.

The Power To Know

A Passion for the middle market

These are all slogans that were pulled out of a major business magazine for major companies with major products or services. There has been a lot of money spent to support these campaigns and these slogans and in order to raise “awareness.”  But chances are none of them had any impact on you at all. “Now you’re really flying?” Come on, can you tell what the inside reality of that company is? No way.

Now I’m not saying you shouldn’t have a slogan. But I am saying that if it’s all you’re relying on, you’re in for trouble. Even if you do spend enough money to garner widespread awareness, there’s still no guarantee that people will know what the heck your inside reality is and feel compelled to buy something from you. There’s a big gap between what the ad agencies like to call “awareness” and what we like to call “selling something.”

Bottom line: You need to be cognizant that your ideas about advertising have been shaped by all the commercials you’ve seen from huge companies over the last 25 to 50 years. All is not lost, however. We can still recover. The answer is the Adult B2B Marketing System.