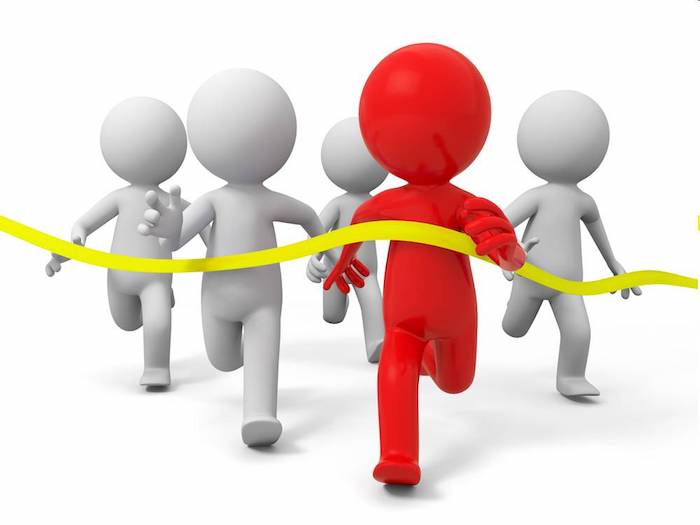 Every week before a game, professional football coaches and players spend hours and hours preparing for the next week’s game. In addition to the time they spend working on their own skills and plays, they spend an enormous amount of time studying their opposition. They analyze their competition’s strengths and weaknesses, look at their own strengths and weaknesses, and then formulate their strategy based on what they’ve learned. If their team has a great running game, and the opposing defense is horrible against the run, they’ll choose to highlight their ground game. They must first understand themselves, and then understand their competition in order to properly formulate a strategy.

The same is true in business. It’s essential you know your competition. Sometimes it’s easy to identify and combat your competition, but lets look at a few scenarios you may not have considered when sizing up your competitors and formulating your strategy. You can classify competition into three general categories:

To illustrate these three kinds of competition, let’s use weight loss products. Let’s say you’re marketing an all-natural weight loss product that a person takes in the form of pills that metabolically “melt” fat away. Who would your direct competitors be? Well, first of all, the other 50 to 100 products on the market that are pills that metabolically melt away fat. You could also include similar products like weight loss shakes, weight loss skin patches, and meal replacement bars. These are all products that the customer could buy instead of yours that at least claim to do the same thing.

What about indirect competitors? Indirect competitors are products that prospects could buy instead of yours that aren’t the exact same kind of product, but offer the same benefits and results. So, ask yourself this question: What is the end benefit of using your product or service? Then, ask yourself, what other kinds of products offer the same end benefit? That’s your indirect competition. For weight loss there are tons of them: Since the end benefit you’re promoting is weight loss, think of all the other products that can do that, including weight loss clinics like Weight Watchers & Jenny Craig, books, audio & videos, personal trainers, doctors, chiropractors, acupuncture, health food, fitness equipment, sports equipment, membership gyms, and some options that don’t even cost money, like exercising at home. These are all things your prospect could do or buy instead of buying your product. These are your indirect competitors.

And what about the “dreaded inertia?” This is a tough competitor to combat. It’s called “DOING NOTHING.” Your prospect could just not do or buy anything. In the case of our diet aid, it means staying fat and taking no action whatsoever. That’s a tough competitor to beat because it costs a prospect nothing and it’s really easy to do. Plus, he’s already proven that he’s really good at doing it.

So why know your competitors? Because then you can design your marketing and advertising strategy to address and combat them. And the advertisements would be different, depending on the competition. Now that we’ve identified each of the three kinds of competitors for a weight loss pill, let’s determine how that would effect your advertisements. First, if you were selling against direct competitors, you’d want to articulate all the reasons why your formula was superior…whether that means better or more scientifically proven ingredients, higher doses of certain nutrients, cheaper prices, it can be taken less often, the pills are smaller, the supply last longer, less side effects, etc. The specifics are up to you.

But what if you were advertising and competing against indirect competitors? First, it’s best if your target audience is not that familiar with the direct competitors, or your message won’t carry much weight. They’ll hear your comparisons against indirect competitors but then wonder why or if you’re any better than the other pills on the market. It would be like advertising that a BMW is better than a bike. True enough, but people would be wondering why it wasn’t being compared to another luxury car, a direct competitor, rather than a bike – which is an indirect competitor. But for the weight loss, you could talk about how much easier the pills are than going to the gym, or how much cheaper they are than buying an expensive piece of exercise equipment that you’ll hang clothes on and then sell in a garage sale in 2 years. You could talk about how much cheaper the pills are than going to Weight Watchers, and how much less painful than going to the acupuncturist. And so on.

Now think about what your strategy would be if you were selling against inertia … or, in other words, doing nothing at all? What would you say? What would your slant be? You’d probably talk about the benefits of being thin, then you’d compare the benefits of your products against INDIRECT competitors; for example, easier, cheaper, less work, etc. Why? Because the reason that they’re doing nothing is they perceive all their options to be too hard, too expensive, or too time consuming. You would be introducing a way to lose weight that overcomes all those problems. You probably wouldn’t even need to mention direct competitors.

Here’s a real life scenario. Imagine there’s a company that sells a franchise-like business opportunity in the e-commerce industry. And they need to write and place ads with the intent of finding people who are interested in investing in starting their own business. Who do they compete against? Direct competitors? Indirect competitors? Or Inertia? Do you know? The answer is…it depends on where they advertise.

One place people who are in the market for buying or starting up a business go to find ideas is Entrepreneur Magazine. There are oodles of ads in there for businesses – over 300 different opportunities last time we checked. So when advertising in Entrepreneur Magazine they’d be competing against direct competitors – or, all the other business opportunities vying for the prospects money. In this case, they’d want to hit prospects head on with a headline that said something like …

“The Perfect Business You’ve Been Searching For Your Entire Career, But Never Found – Until Now.”

On the other hand, maybe they also do a lot of radio advertising to find people who are interested. In this medium, they would be competing against inertia. Someone who’s listening to the radio probably isn’t thinking, “Oh, I hope I hear an ad for a business opportunity. I sure would like to drop 20 Grand on something today.” No, they’re probably not thinking that at all. So they’d have to create the interest from scratch and turn them on to the idea of making more money by getting involved in a business. They’d have to say things to get that fuse lit just a little bit. They couldn’t just say that their opportunity is superior to other opportunities and here’s why, because it wouldn’t make any sense. Could they say those things to the Entrepreneur magazine crowd and have them make sense? Absolutely, but not the radio audience. See how that works?

The Point Is: Identify Your Competition. Now, odds are you’re not selling a franchise, and you’re probably not selling a diet pill either. But, the critical point is to identify your competition. So ask yourself:

First, you find those by asking, what is the end benefit of using my product or service? Secondly, ask yourself, what other kinds of products offer the same end benefit as mine? And thirdly, ask yourself, does the prospect have the option of doing nothing, and if so, what would I have to say to get him or her to take action? (hint: it needs to be really low-risk.)